The Season of Fashion Shows

As you read in my last post I was in the fashion show at the Riverside Dickens Festival. Last night while talking to another costumer we tallied up how many fashion shows we do each year and had coming up this year. I was amazed when I saw I have five so far just during the first half of this year! I enjoy each and every one of them, especially when it allows me to wear dresses that don’t get much wearing. Since I have costumes from some of the little worn years, like 1830 or 1890, I can sometimes be in demand. Or as I like to think: a hot commodity.
While I’ve been putting together one fashion show and getting dress descriptions from everyone, which can be hard for some of them, and sometimes for me, I came up with a form that the models can fill out with all the pertinent and detailed information that I can work with. I think this is going to come in quite handy for me and my friends who put on fashion shows.
So this is kind of a “What’s on the planning board?” post.


I got to wear my recently finished turquoise and cranberry 1830s gown at Dickens. Later this month while I’m visiting in WA State, I’m attending the Victorian Festival in Port Townsend and will be in the fashion show there for my 4th year. I’ll be wearing my 1890s Seaside Gown, and 1875 Green Tartan Bustle. Since it can be mighty chilly in that seaside town, I plan to wear my Tartan gown around on the streets. Because these would totally fill up my oversized suitcase, I usually just mail them up the week before to my Mom there, and then ship them home. The guys at the UPS store know me now.

This year I’m joining my friends there from the Seattle-based costume guild, Somewhere in Time, Unlimited, for the fashion show and for a tea at the Commanders Beach House on Saturday and a special one for the models and volunteers on Sunday at James House. And the next day I’ll be joining my friends from Afternoon Tea Across America at a tearoom in Poulsbo. Wow, afternoon tea three days in a row! I’ll be so spoiled.
The following month in April I’ll be at the Chula Vista Women’s Club fashion show and my plans are kind of loose right now but I know I’ll be wearing my 1875 Green Tartan bustle again. I haven’t decided on a second dress or if I’ll be wearing one. *Maybe* if I get my other 1830s gown done, I might wear that.
The month after in May I’m in TWO fashion shows. At Gaslight Gathering in San Diego, I’m wearing my 1830s turquoise and cranberry dress, and my 1890s Seaside gown. At the Alpine Women’s Club show, I’m again wearing my 1890s Seaside gown. So it’s getting some good outings this year.

Somewhere in between all this, I plan to finish my 1830s Persimmon gown, and the black one, on top of a new 1840s gown to wear as Jane Eyre at our next English Authors Picnic in Balboa Park where this year we are actually part of the House of England event. We’re going to do a costume parade for them. So I guess you can kind of call that a fashion show.
I just finished watching the 2012 version of Jane Eyre with Mia Wasikowska because I wanted to see some 1840s styles. This was not my favorite version but it was still worth watching for the dresses. I was surprised that some of the dresses were 1830s necklines but with the straighter 40s sleeves. But the majority of them were the 40s style I wanted and I found some nice trim ideas for it. The pattern I’m using is Truly Victorian 454, the German Day Dress. I started my muslin on this a couple weeks ago, and I’ll need it by April 13.

I really like the idea of a white collar on mine, like Mia’s dresses had. And looking at it closer, I see teeny tiny buttons just below the center neckline and on her sleeve cuffs. And looking even closer, there’s a zigzag trim on the outside edge of the bretelles off her shoulder. It looks like it’s a saw tooth lace but it’s hard to tell. 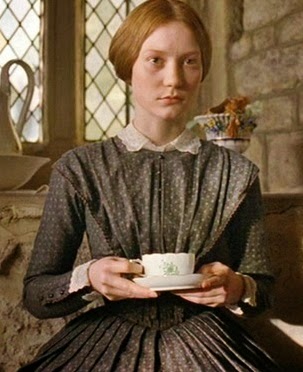 I really like the bows on the front of the bodice on her dress she wears under her cape. I’m still looking for a better photo of it but I’m not sure if I want poor Jane’s dress to look quite that fancy. 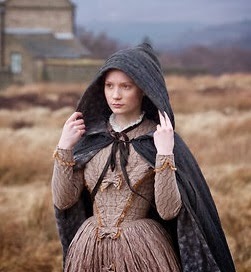 Eeek! Just checked my calendar and I’m leaving for WA on March 13 and returning on the 27th. Not much time left to make this dress and its a new pattern which means it will be slower for me to make. I may not be making a full muslin for this to save some time. I hate rushing on things. I’ve tried very hard this year to at least be ahead of the game.
Oops, my Manager is telling me to get to work. 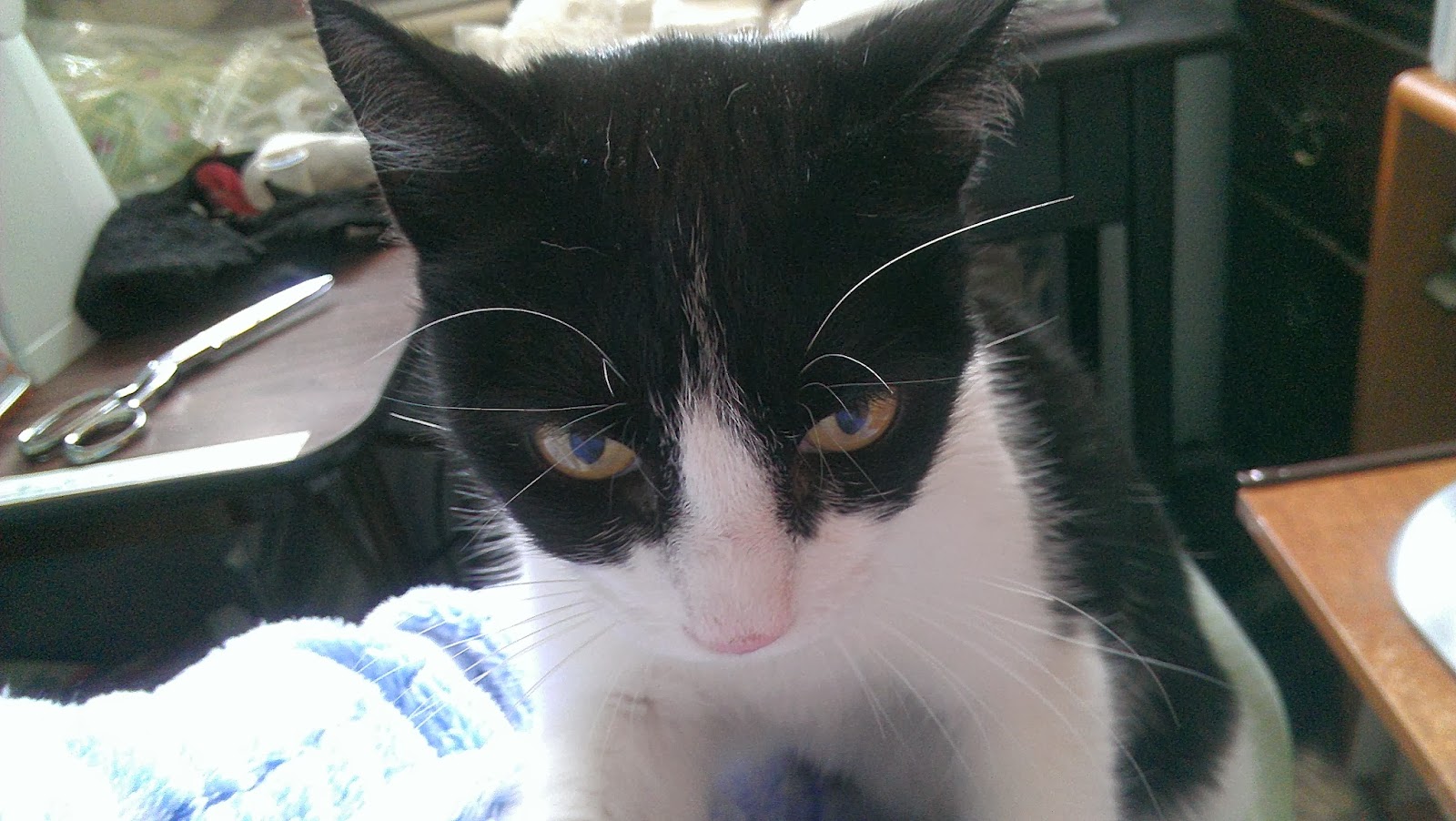 Posted by Time Traveling in Costume at 1:22 PM