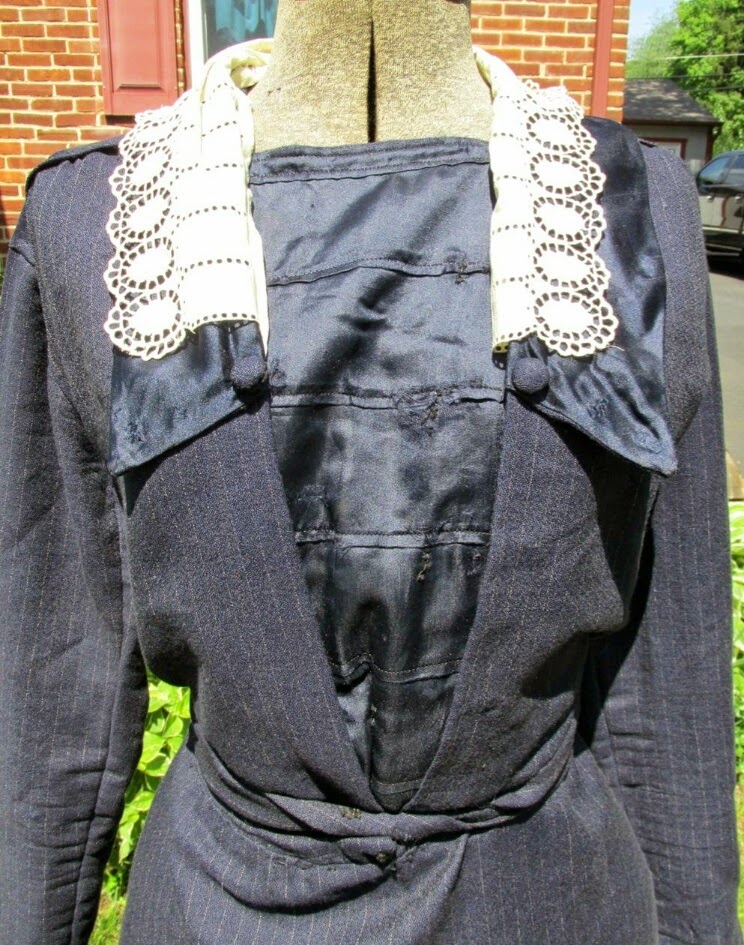 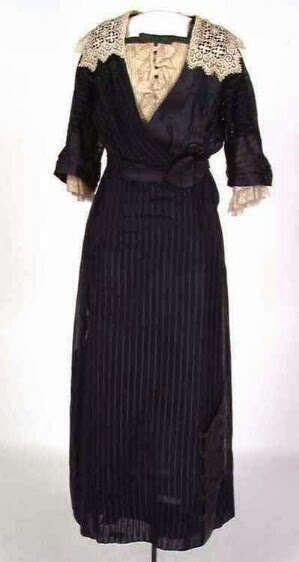 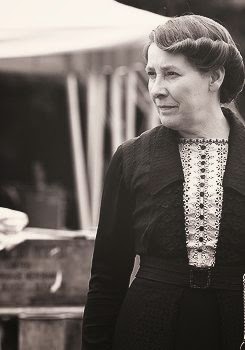 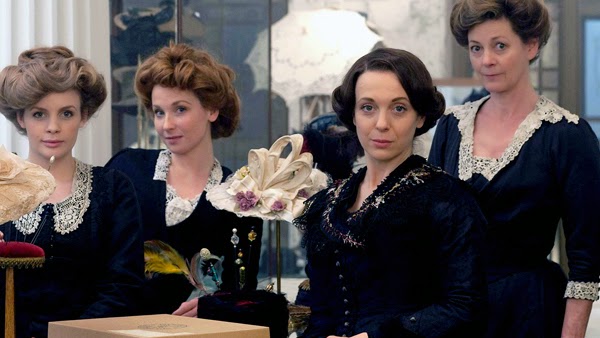 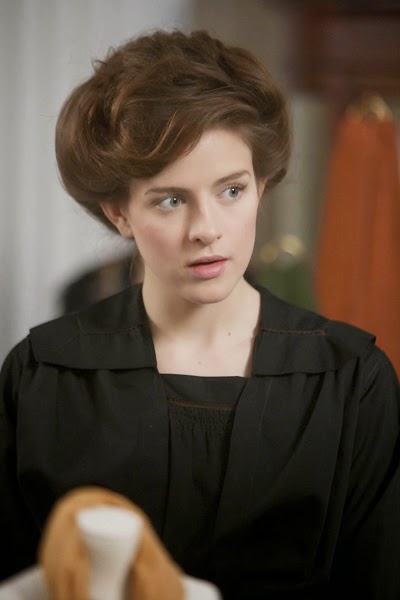 Posted by Time Traveling in Costume at 10:05 AM 9 comments:

LOTS OF EVENTS TO WEAR THIS OLD THING

I love it when events come up that I can wear some of my previous dresses again, especially ones that have only been seen once just because of their obscure time period, ie, we don’t usually do that time here in San Diego. And I’m also then not scrambling to get something new made just to wear to it. On the frustrating side of that, it means I’m procrastinating finishing a dress that I’m going to need in five weeks, and two of those will be spent out of state. Which means it better be mostly done before I leave.


Most recent events, which also included fashion shows I was in, was the Riverside Dickens Festival. A couple of us were asked to portray famous female killers in the fashion show on Saturday. And boy, did we find some nasty ones! We even had to clean up some of the “finer” details so as not to shock the audience. My lady, Frances Silver, hacked up her hubby with an axe then burned his parts in the fireplace. Nice.  Cindy was also wearing 1830s and her lady, Sarah Dazley, had poisoned two husbands with arsenic. This was Cindy's first venture into making an 1830s dress, and I really think it's cute, even if she doesn't. For more on her dress, check out her blog entry. brokecostumer.blogspot.com/2015/02/my-first-1830s-dress 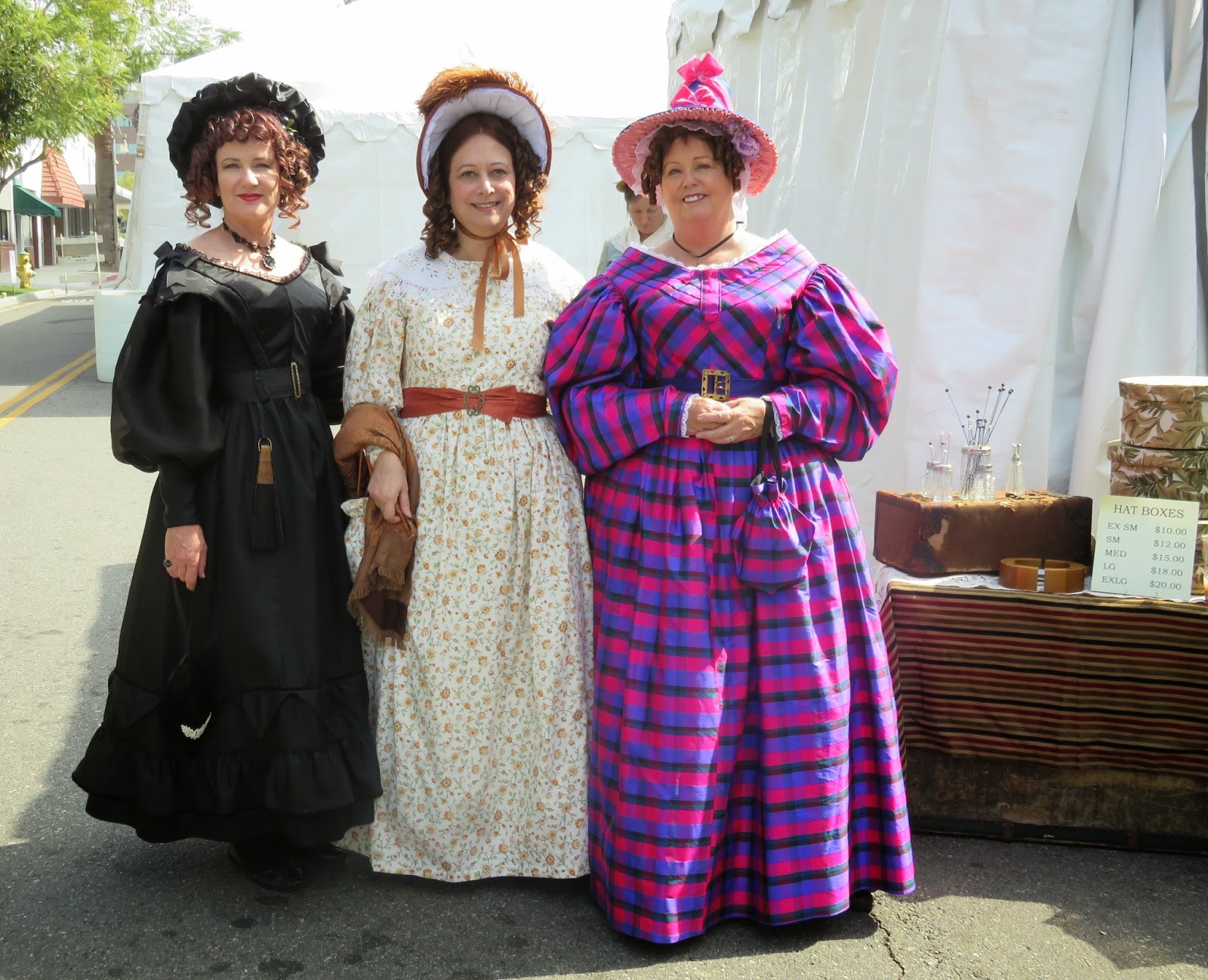 I wore my 1834 Jewel Tone Plaid dress since it fit the time period, although I’m sure this farm wife wasn’t wear silk taffeta but that wasn’t necessary. To liven up the description of mine, I carried out an axe but had it down at my side hidden in the folds of my dress. As I turned sideways the audience on one side could see it, and they giggled, which confused the other side. Until I went over there and they saw what I was hiding. It was great! I loved getting the laughs. 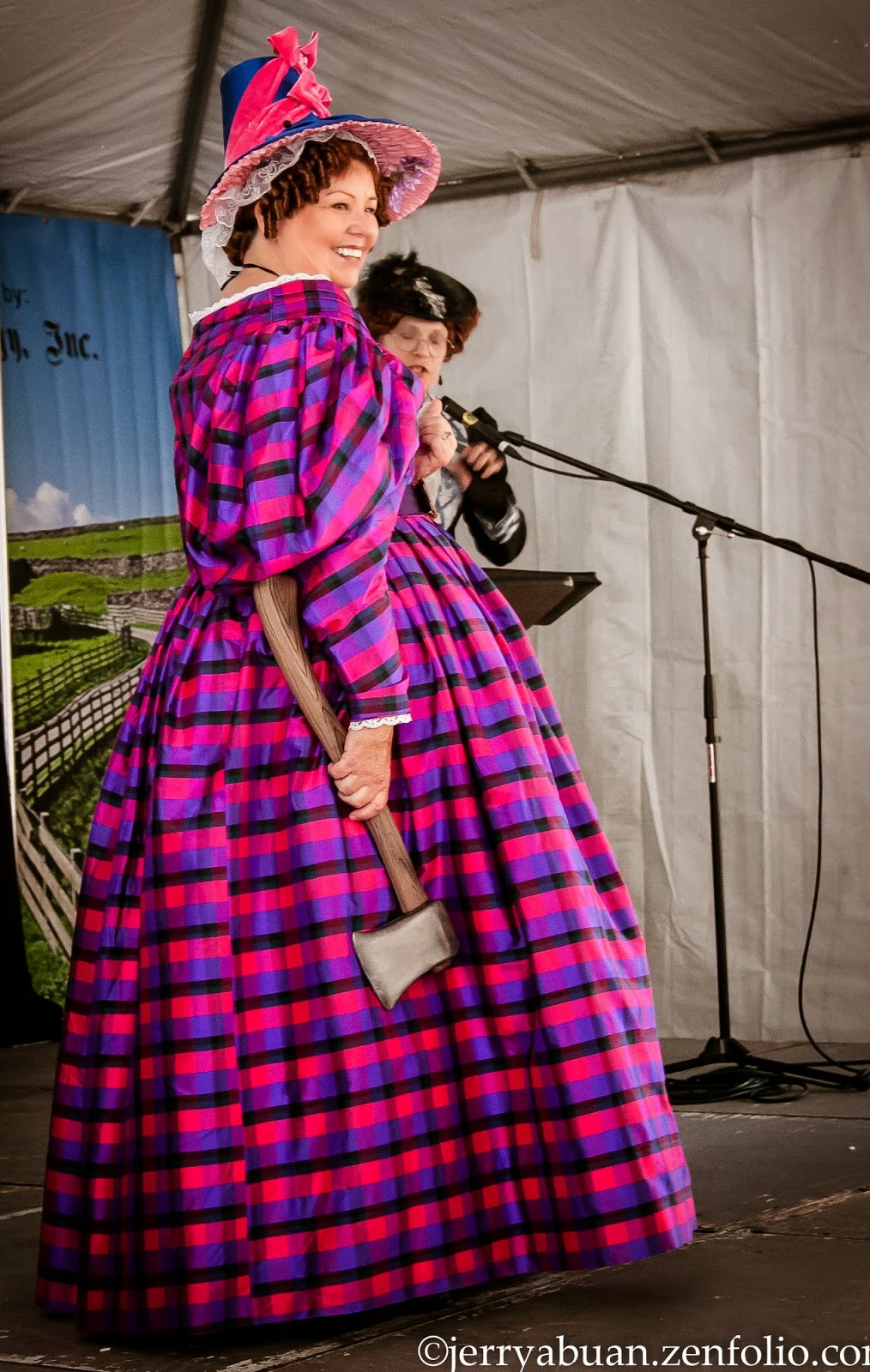 Afterwards we had our entire group gather outside for the public to take photos. At one point the Queen joined us and we eyeballed each other’s plaid dresses. 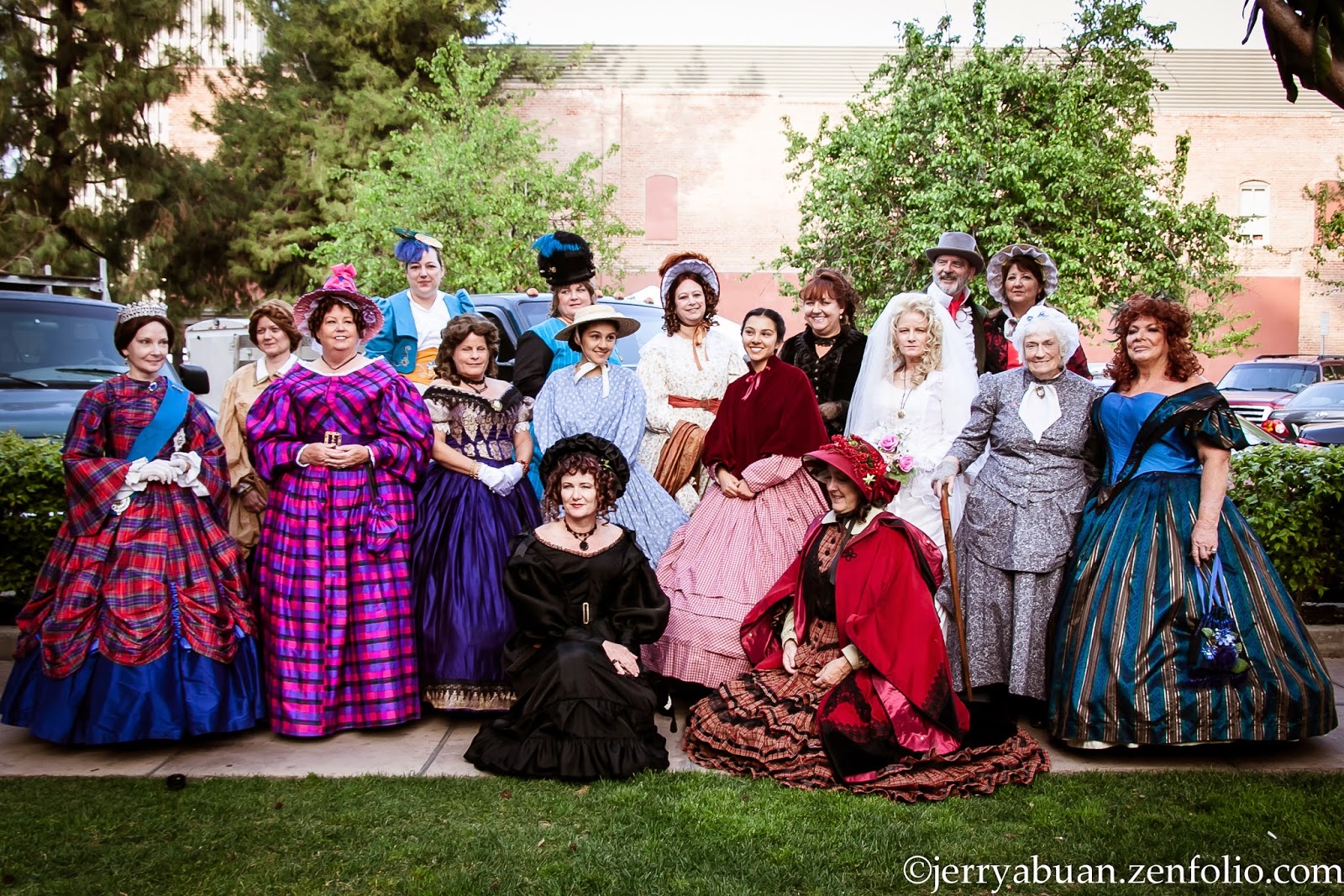 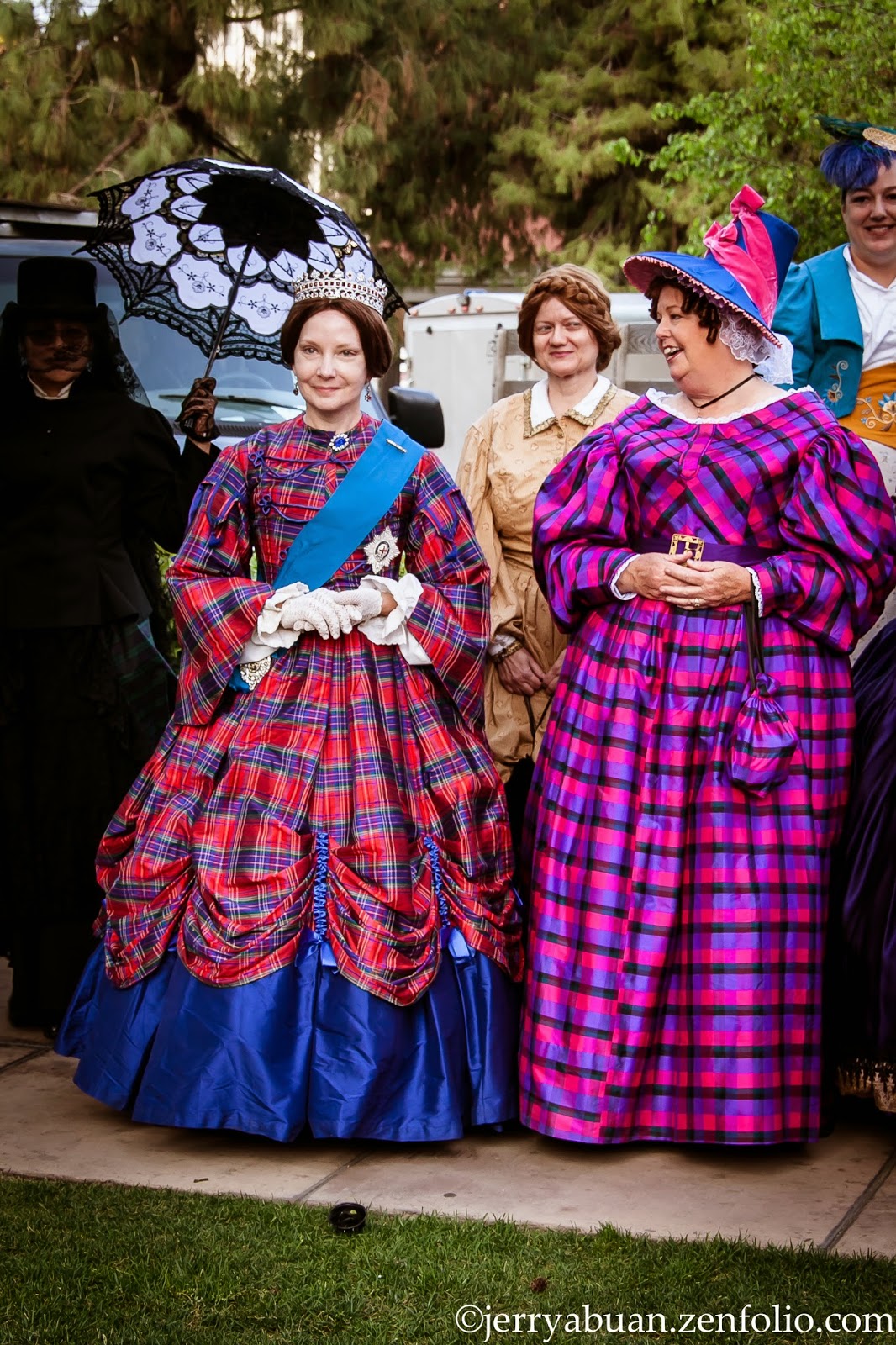 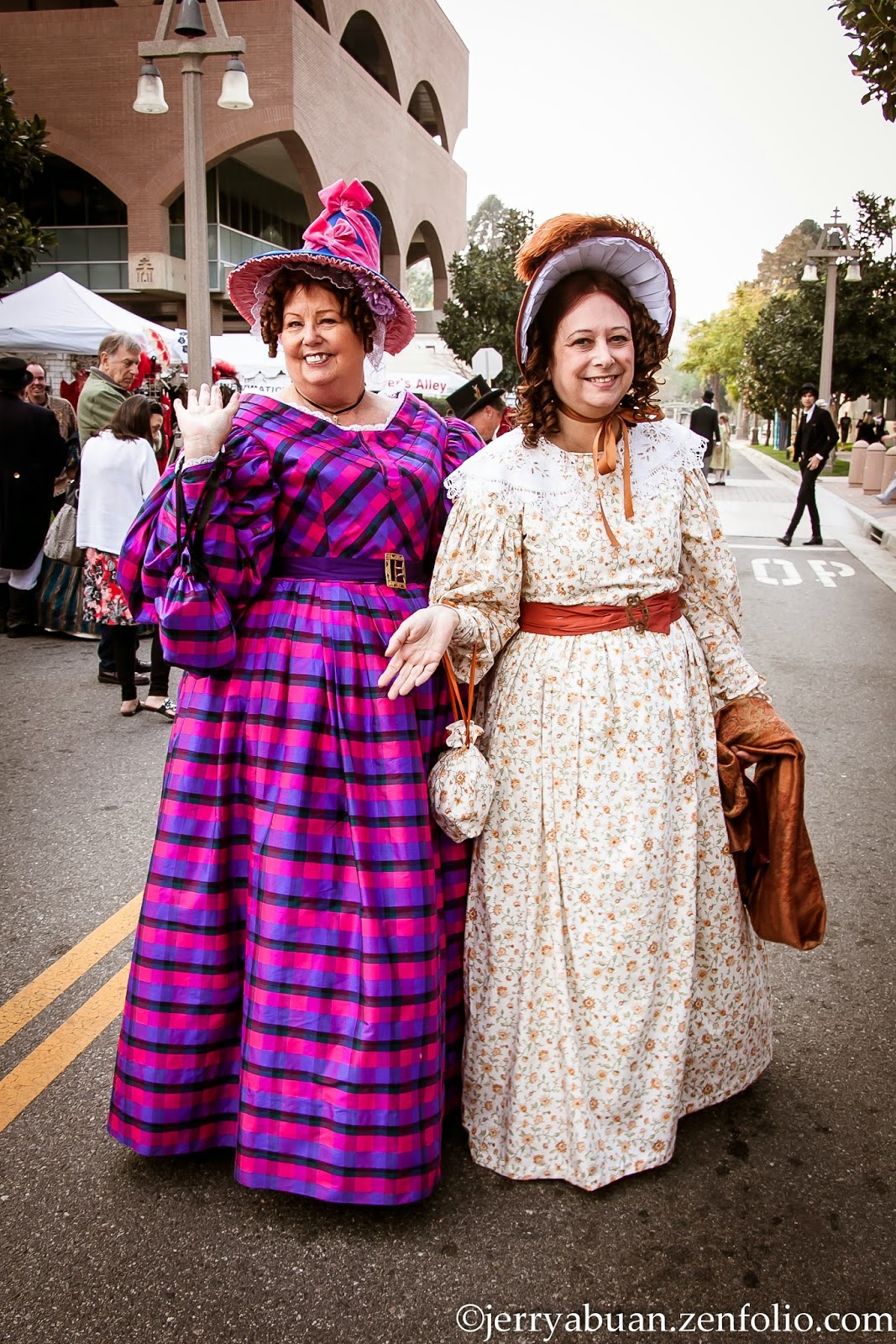 These two photos taken by Cat L. show my bonnet fairly well, which was made by Cat F for me. It was royal blue silk, lined with pink silk, topped with a vintage hot pink velvet ribbon. Also shows a nice group of us wearing Truly Victorian pattern dresses, along with pattern designers, Heather & Laura McNaughton. 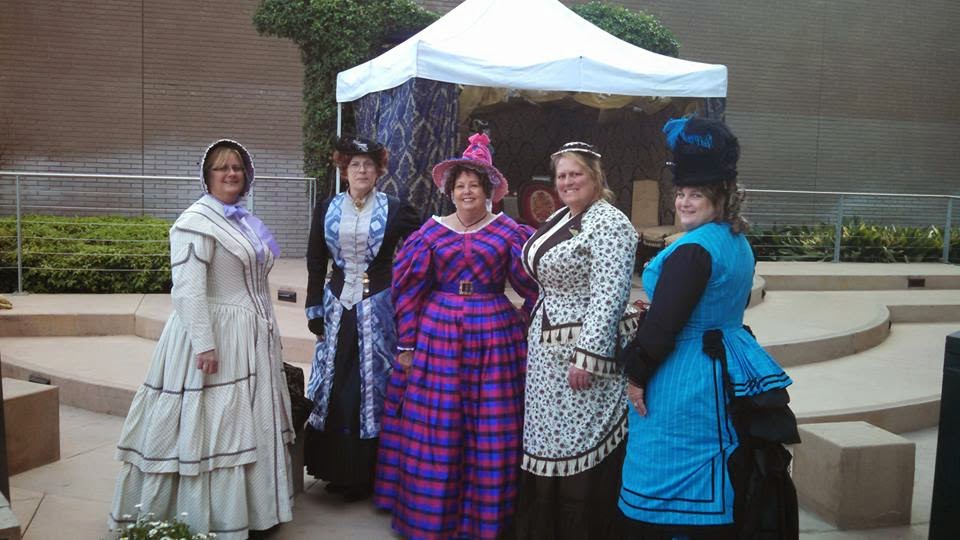 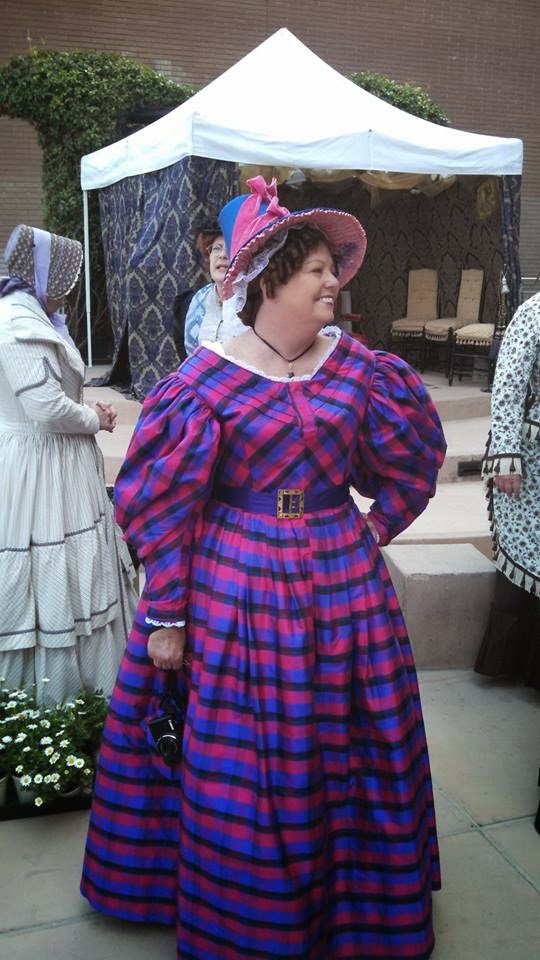 And that was the end of our day. 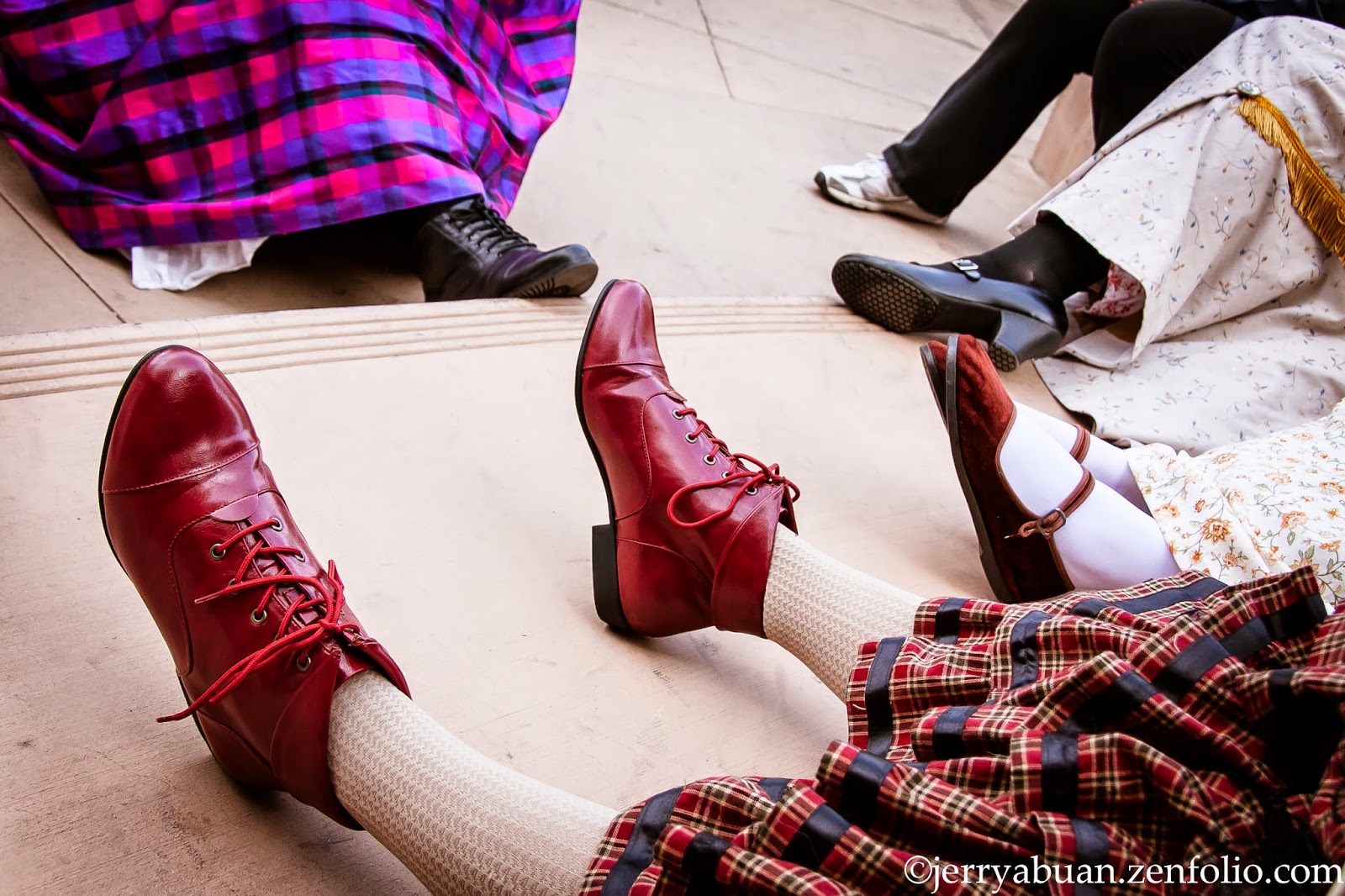 After the Festival was over, a group of us met at Heather McNaughton’s new Victorian home for some photos wearing our dresses. 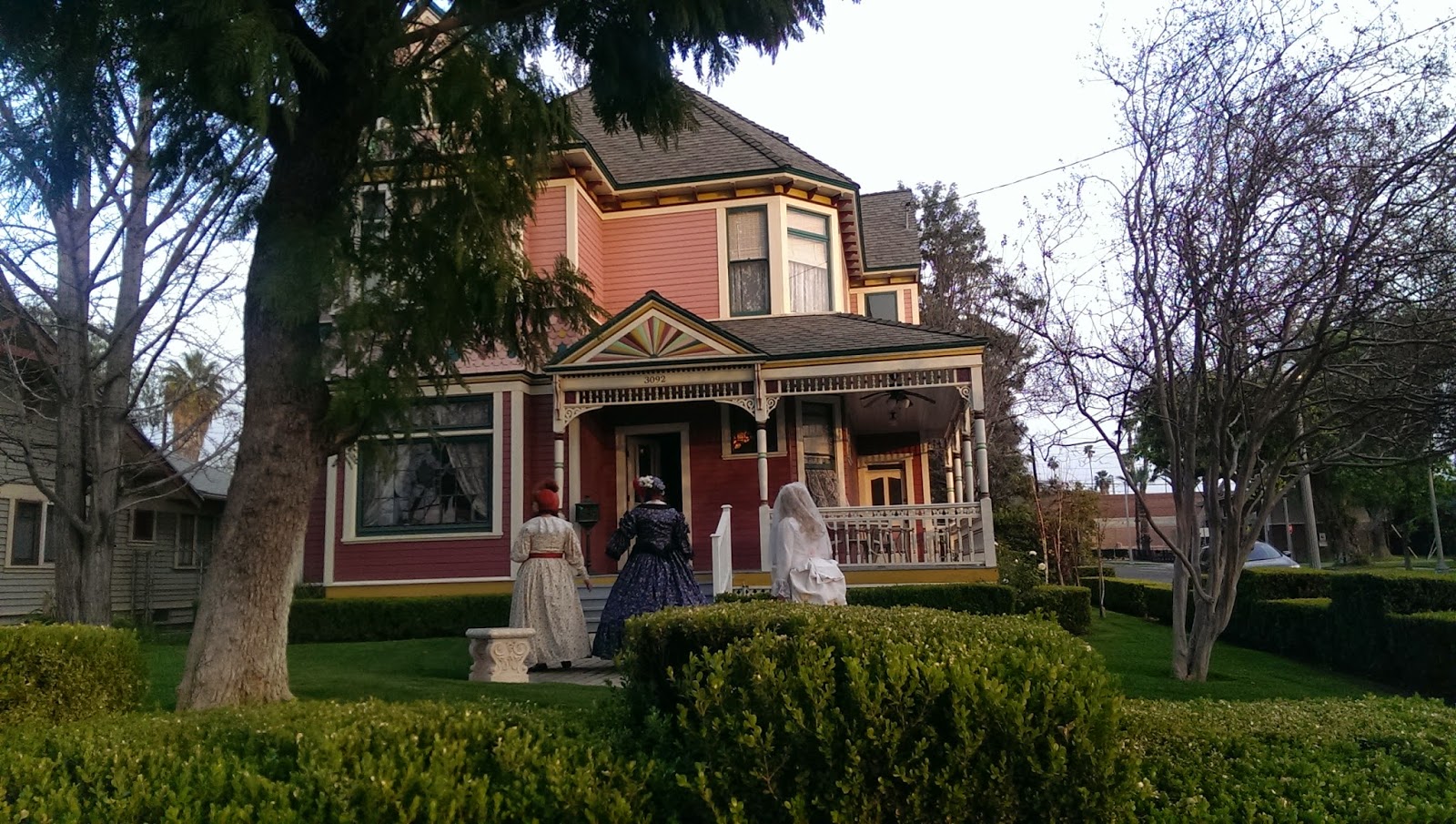 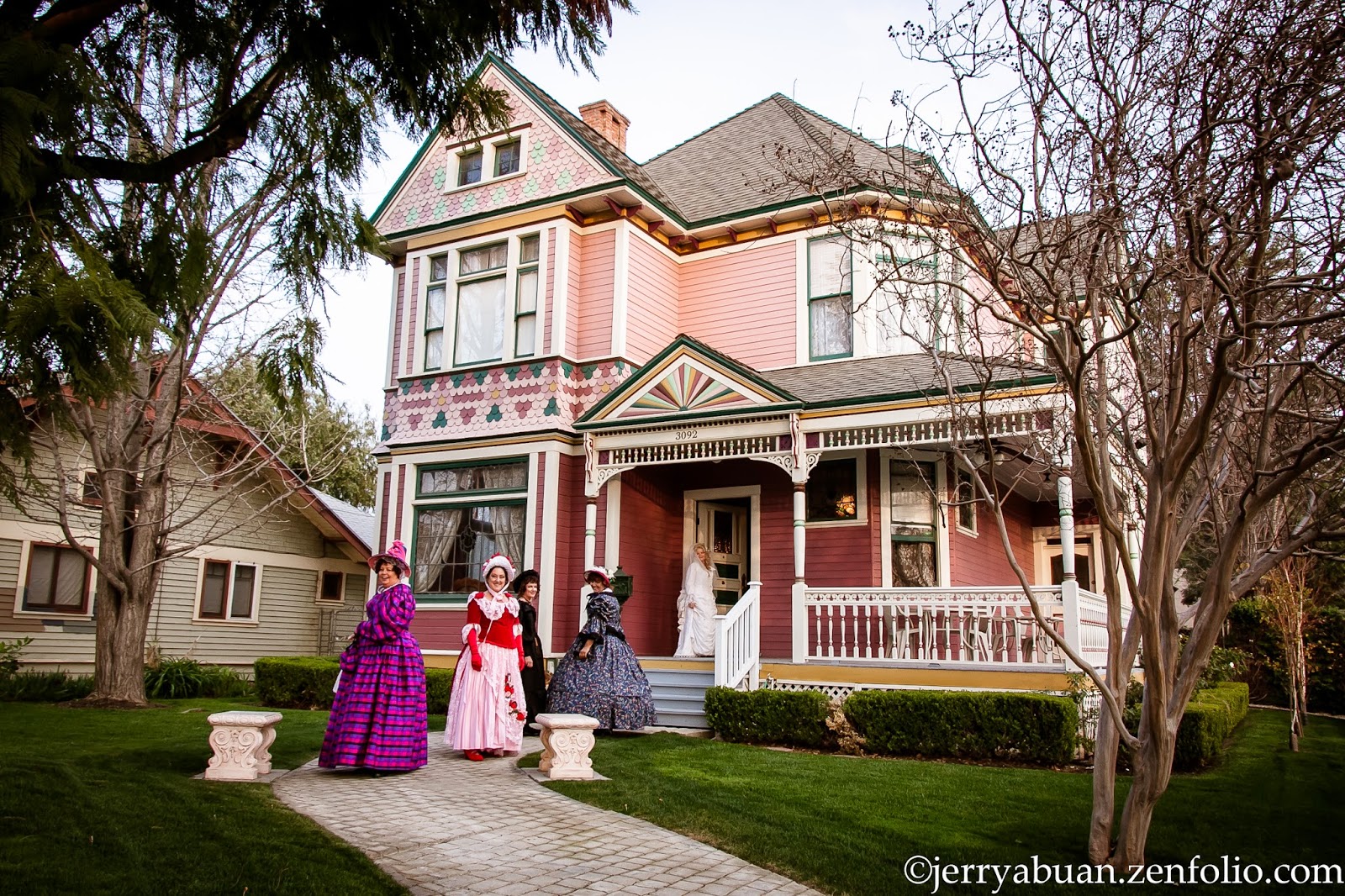 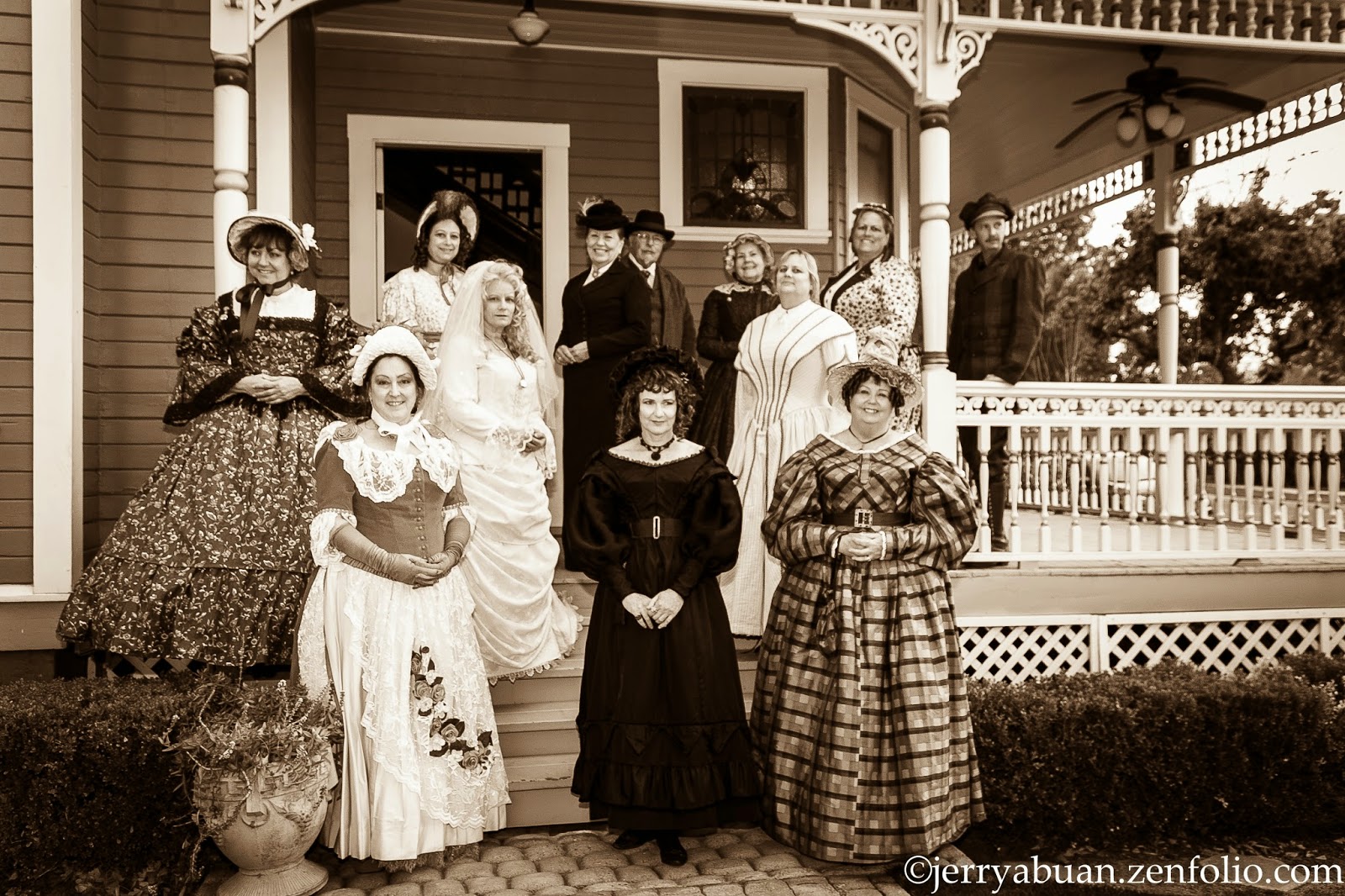 Thank you again to Jerry Abuan for his great photos of us.
*********************************************
Two weeks later a couple of the ladies in our fashion show group were contacted by a women’s club in La Jolla about “our fashion show we were doing for them the following week”. Uh, oops. This was a request last August and there was never any confirmation because with it being a weekday hardly anyone can do them since they work. So with a bit of scrambling and picking a couple people out of another fashion show list, we got one together with 8 people and a couple changes of dresses. I had no way of taking photos during the show so I only have a couple I took on my cell phone while we were waiting to go out the door and walk among the ladies tables. 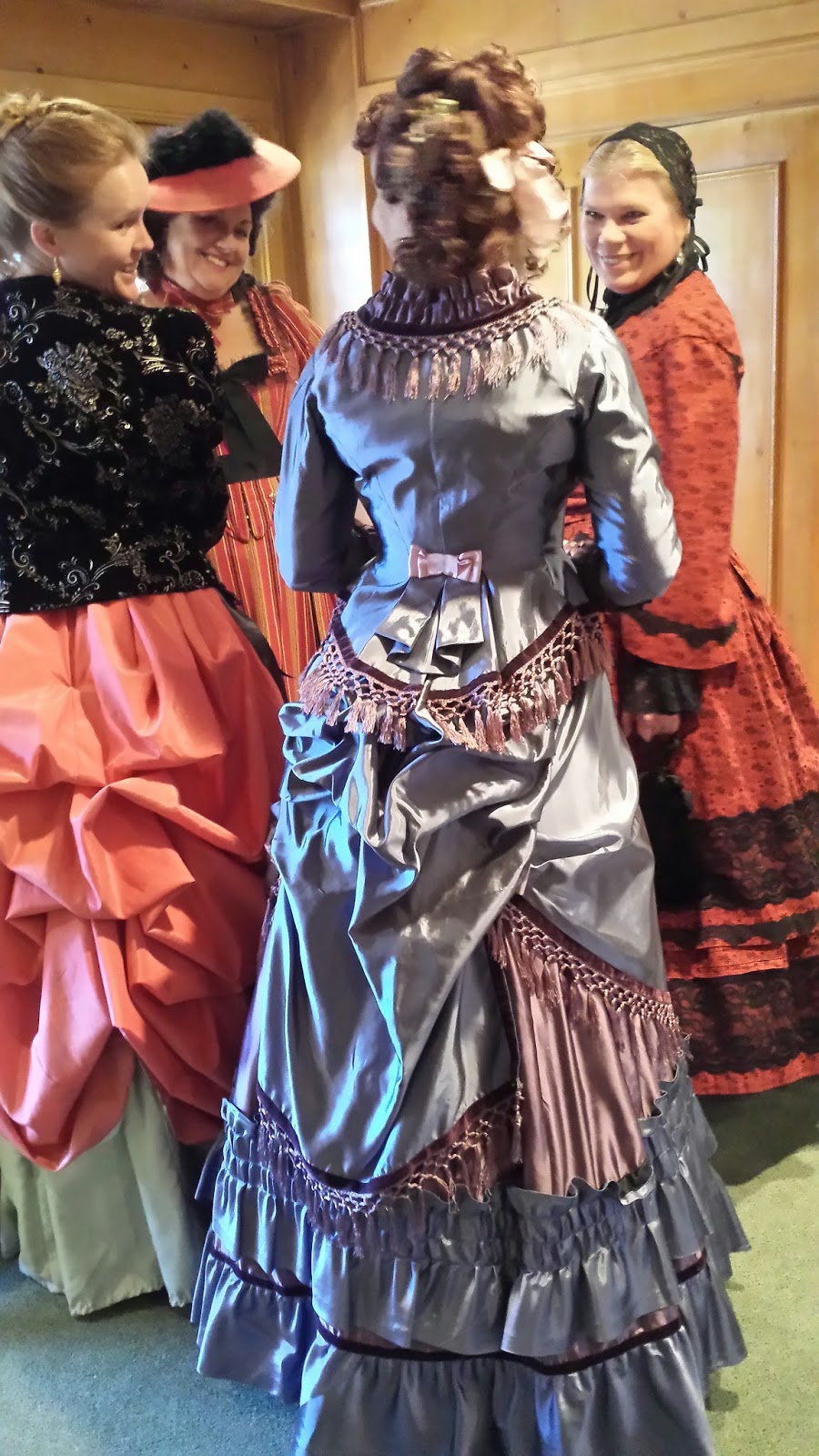 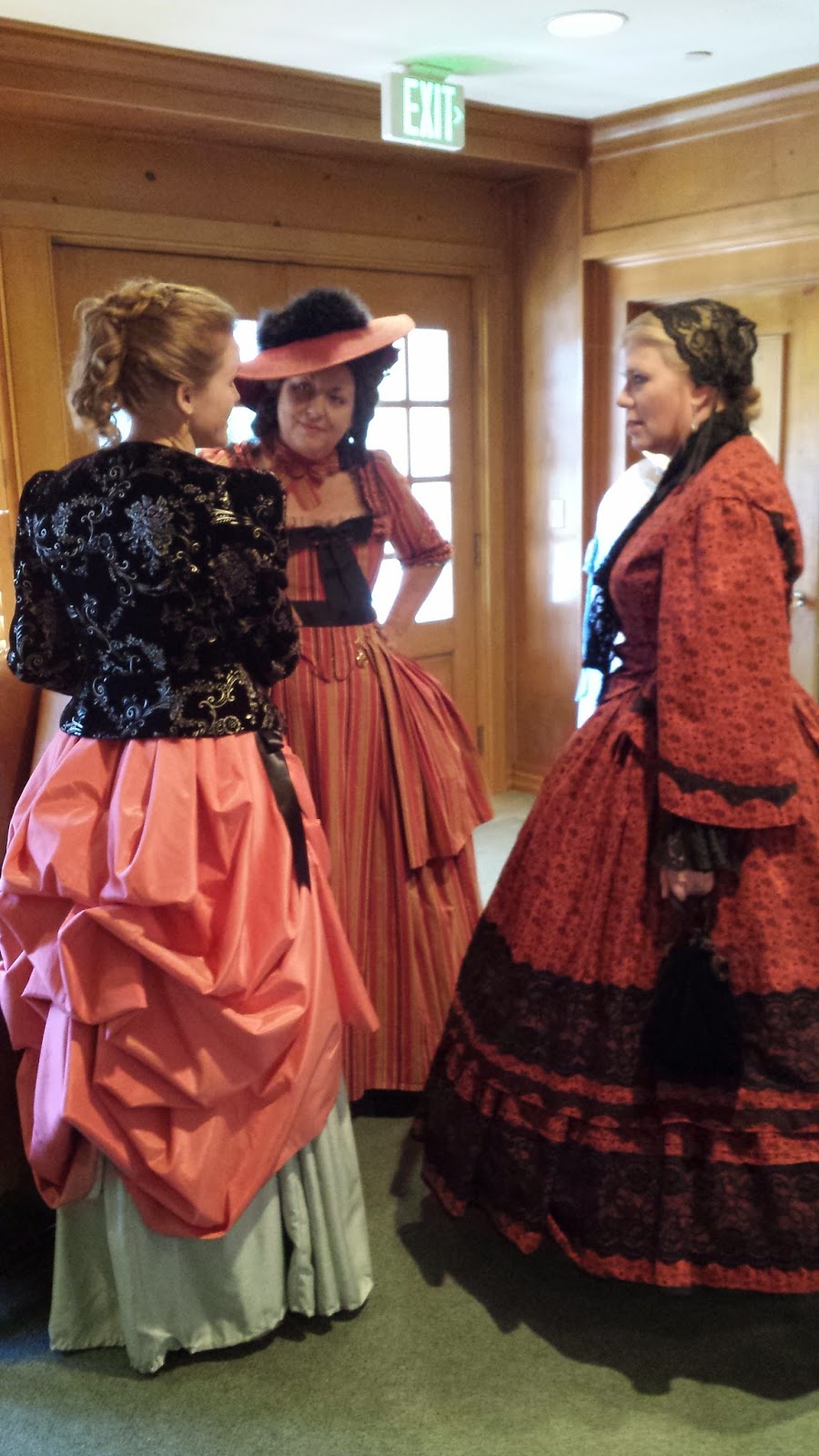 We did a bit of a timeline show as it’s the easiest to do. Our narrator and writer, Melinda, said she was in a prime position to see the audience reactions: they were FASCINATED! and really impressed at the art of our designs. They asked very good, very pointed questions that demonstrated true engagement.
So even though we were worried about how we would do, they all loved the show. And it was funny that so many of us wore orange or red tones. I was one of those who wore two outfits, and the first was my 1834 Persimmon dress, which I have no photos of me in. The second was my 1887 Autumn Bustle. 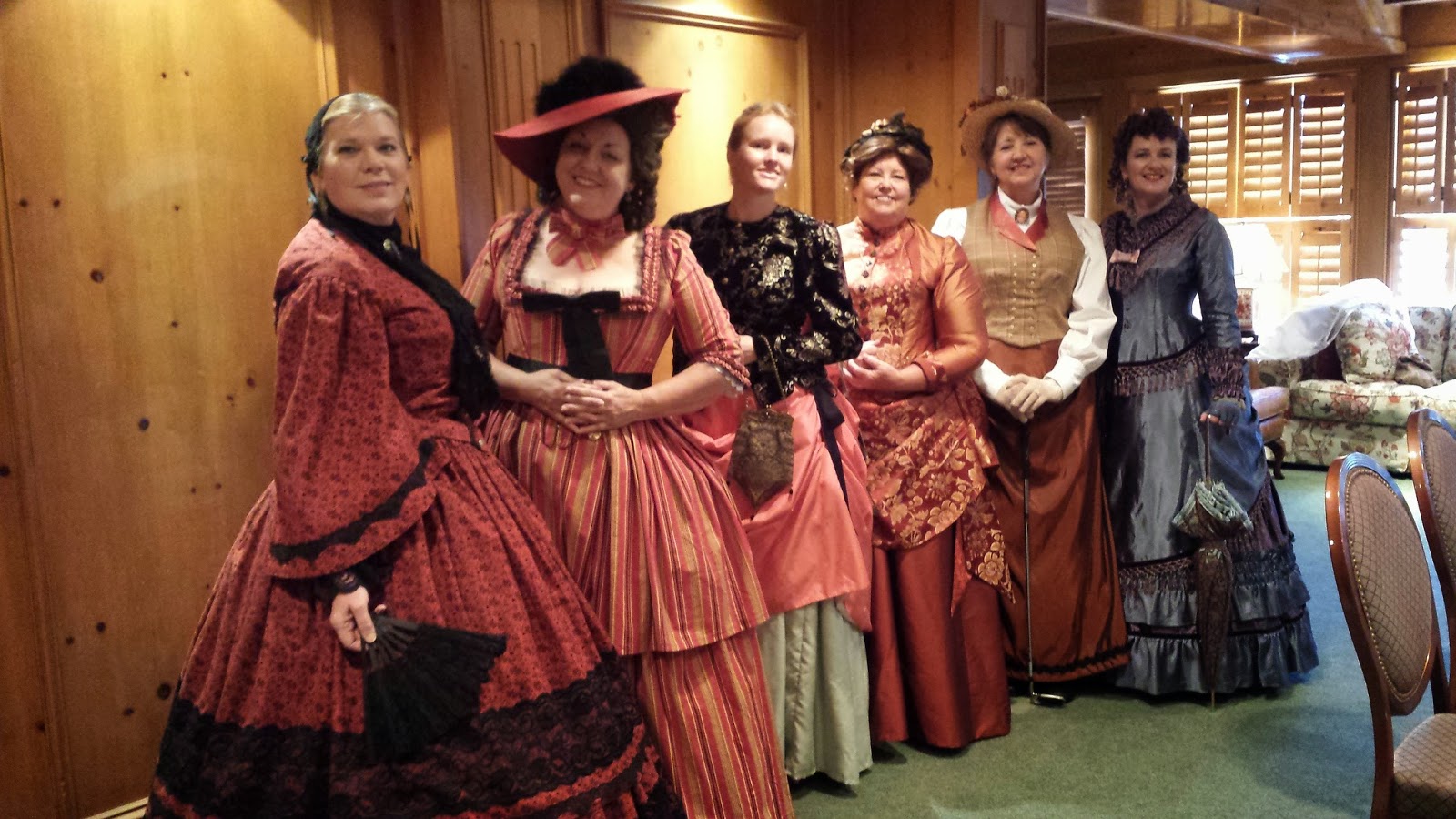 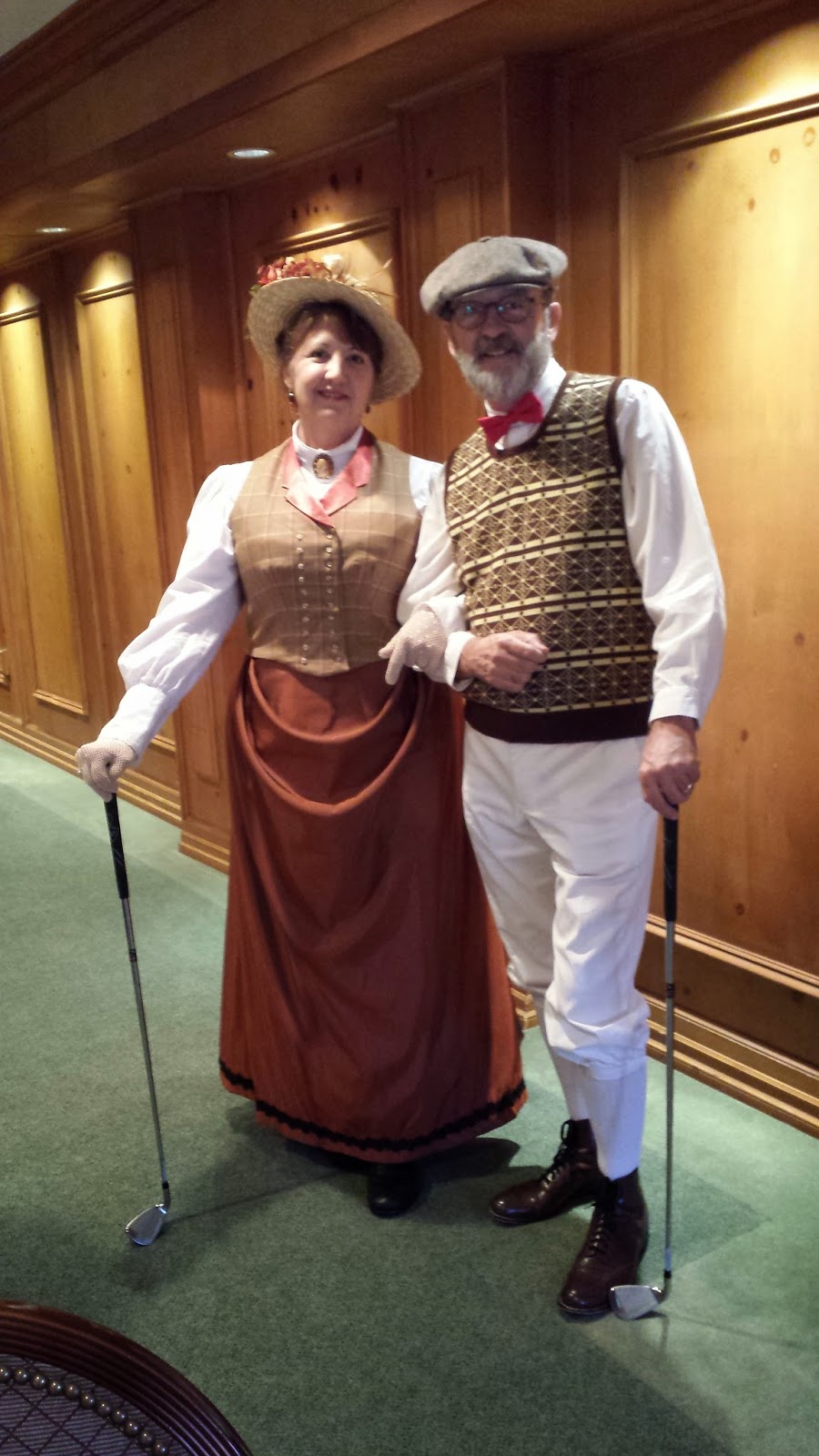 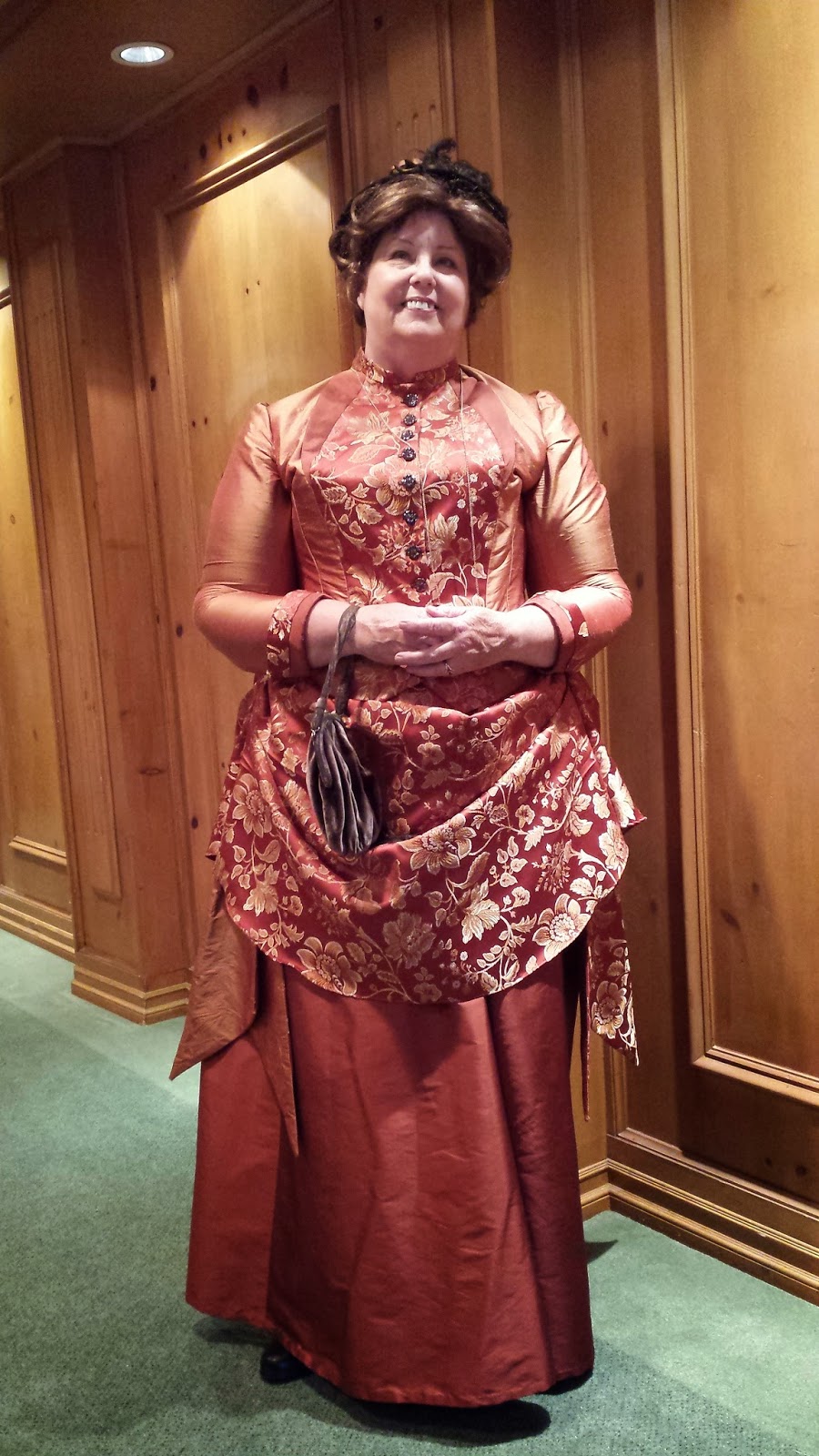 Halfway through my description of my dress I had Melinda ask if they’d like to see my Imperial Tounure bustle under my skirt. They said an overwhelming YES. So she lifted up my skirt to show my red polka dot petticoat, then my bustle, which she demonstrated how it can collapse so I can sit down on it. They enjoyed that so much I’m going to try and keep that in my descriptions if possible. They seem to be fascinated by our underpinnings.
*As a sidenote, the last time I wore this outfit, I noticed my skirt was not very smooth in the front as an 1880s skirt should be. I think the fullness at my hips lends the bottom of the skirt to have some excess fabric. So my solution was to sew ties on the inside seams on each side and pull it slightly to the back to smooth that out. However, in the rush to change out of my first dress and into this I missed telling my dresser about that and later realized my ties were in front of me. Oh well. Live and learn. *

Posted by Time Traveling in Costume at 8:35 PM 3 comments: