August 12, 2013
I’m about a month behind catching up with blog entries because I just got back from Costume College last Monday and I was working like a madwoman trying to get everything done for that. And it’s taken me a week just to get almost everything put away, although my sewing room still looks like a disaster.
So backing up to July 20 was the Women of the West fashion show in Old Town San Diego. It was to be a timeline from the early Californios in Old Town about the 1820s up to the 1880s, basically to show the change in clothing. I was asked if I would be in it wearing my green Bloomer gown after showing documentation that it was worn in CA, and had ties to San Diego. Why yes, there’s one in our SD History Museum! I wore my brown cotton Bloomer dress to Old Town last year during the Twainfest celebration, and caused quite a stir among the docents who began clamoring to wear one too.
There’s an old rebuilt adobe house built in the middle of Old Town SD Park, Casa de Estudillo that surrounds a huge courtyard full of period plants and decorations. The tour of this house is a must-do when visiting the park. 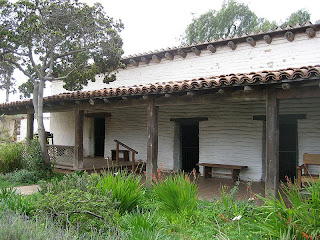 A group of our costume guild members got together beforehand and went to tea in costume up the hill in Heritage Park to the Coral Tree Tea House. Since it was a warm and muggy day I wanted to wear my brown cotton Bloomers and also not take the chance of ruining the green silk one. It was a very nice tea, I had plenty to eat and was able to sit and talk about a half hour before I had to walk back down the hill into Old Town and change into my green Bloomers. 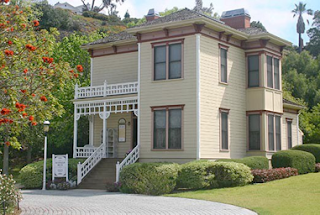 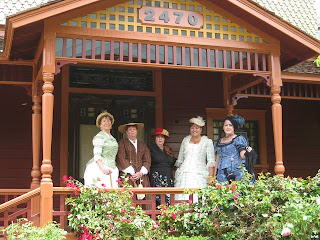 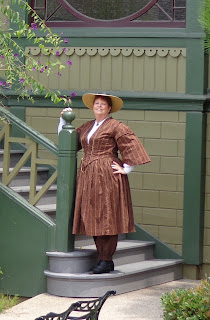 I met the other models inside the courtyard and many of us began our changing into our costumes to wear. I took a lot of photos "backstage" while we were waiting to go on. 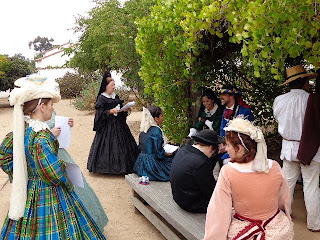 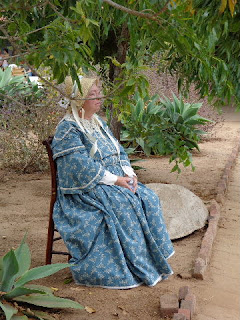 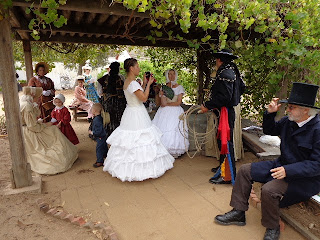 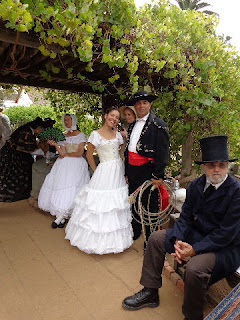 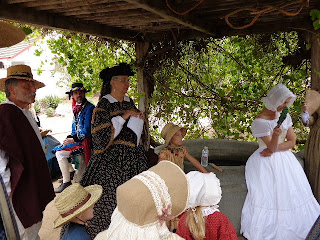 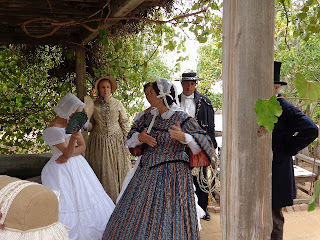 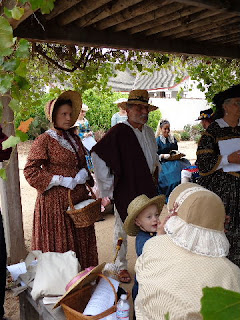 Our “stage” was in the middle of the courtyard walking around a large water fountain. As the narrator, Vanessa, started the story of our clothing timeline we were all doing little vignette-type scenes instead of just walking out and parading around. My group was going to show how the silhouette changed from the huge bell-shaped gowns of the 1850s with up to 10 petticoats to the drastic dress reform of the Bloomers to the invention the cage crinoline, or hoopskirt. One daring young lady wore just the underpinnings to show “what was under there”. Along with my Bloomers was Dolly who was wearing the full length version of the same pattern as my Bloomers but before it was altered to Bloomers. It was interesting to see the before and after of it. The pattern was from Past Patterns #811, which was where my Bloomer story began. 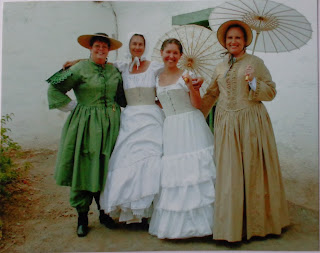 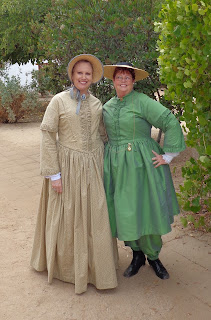 These are photos taken by Darlene R. & Mary J. from our costume guild of the other performers. 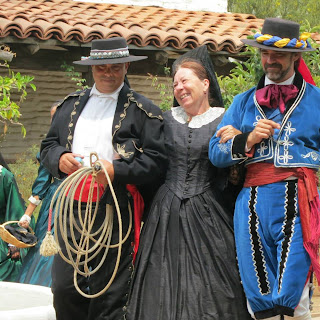 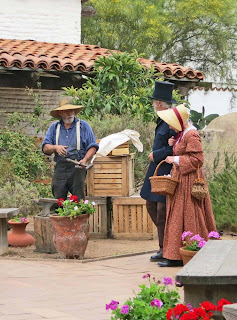 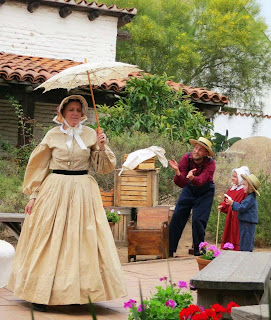 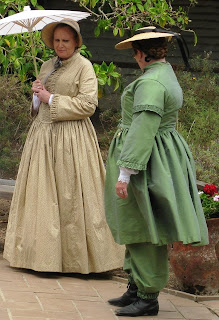 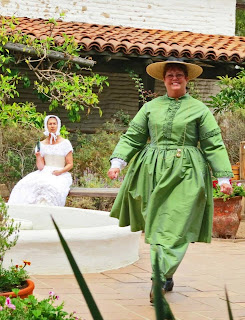 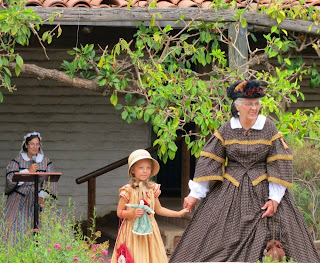 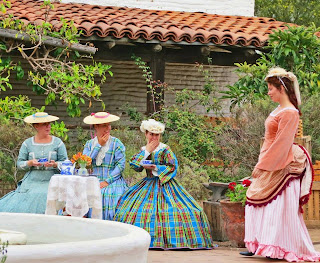 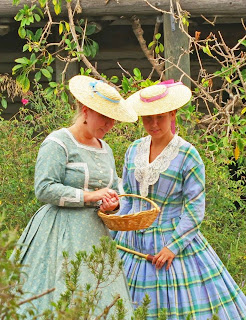 It was a lot of fun joining in with this group. I always have such a good time doing historical fashion shows and it looks like my costume closet is getting a good workout now. I’m almost ready for any time period. Bring it on!
Later our guild members walked around Old Town and spent a good part of the day having our photo taken with the public. We had a great time with an Indian family (all the way from India) who were so excited to have their photos taken with us. And the Japanese tourists are always so much fun too.
Trudy F. took some really pretty photos of us, and this was my favorite one. 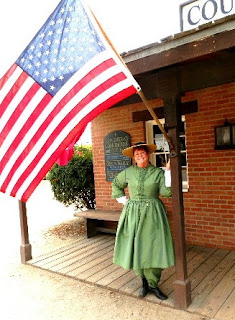 And isn’t it always true that one thing leads to another? With women, it’s often clothes. I didn’t feel very summery in my brown cotton Bloomers so a nice summer color is on the drawing board.

Posted by Time Traveling in Costume at 1:04 PM