FLAG DAY AND A DAY OF EPIC BONNETS

On Saturday, June 14, members of our costume guild were requested to join in the 200th anniversary celebration of the Star Spangled Banner on Flag Day onboard the USS Midway Museum in San Diego. Costumes requested were 1814 (the year of the song) and red, white, and blue. A few costumes also included the Georgian period and various ones that included the colors. We were quite colorful! 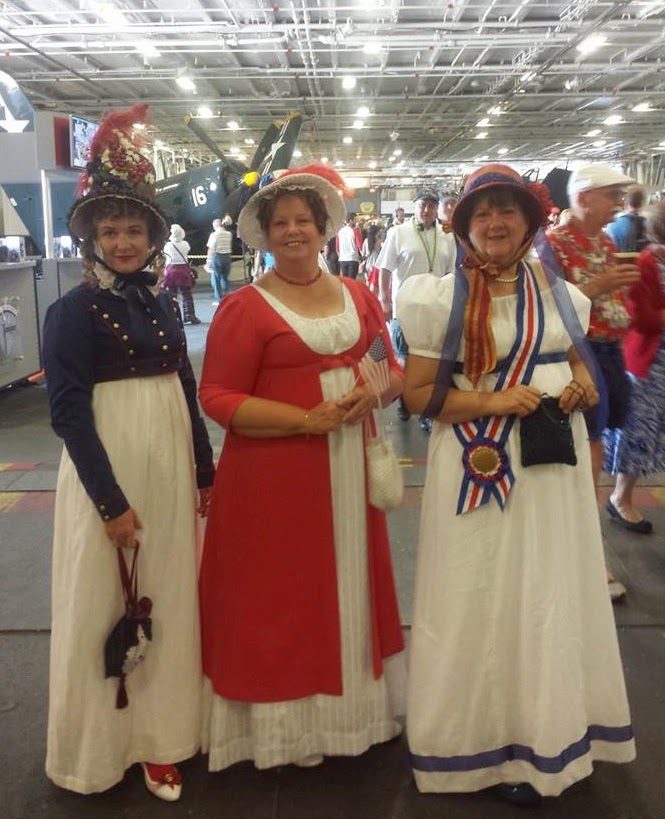 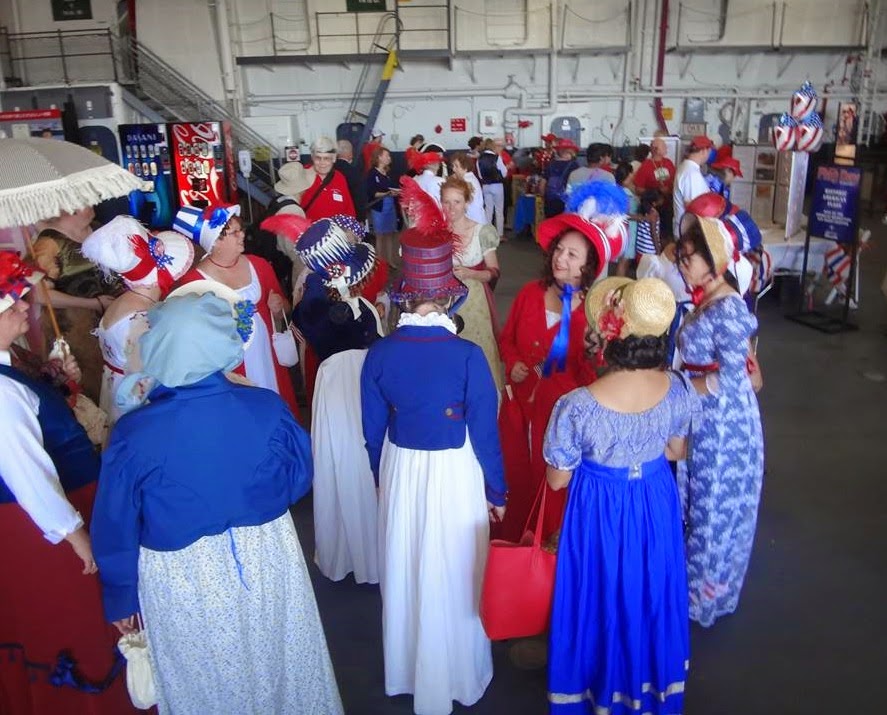 Down below in the mid-deck of the ship, where the museum displays are, was decorated for the celebration. After taking numerous photos of ourselves, we gathered in front of the main display for a large group photo that we haven’t had a chance to do in a long time. It looked like there was about 50 of us. 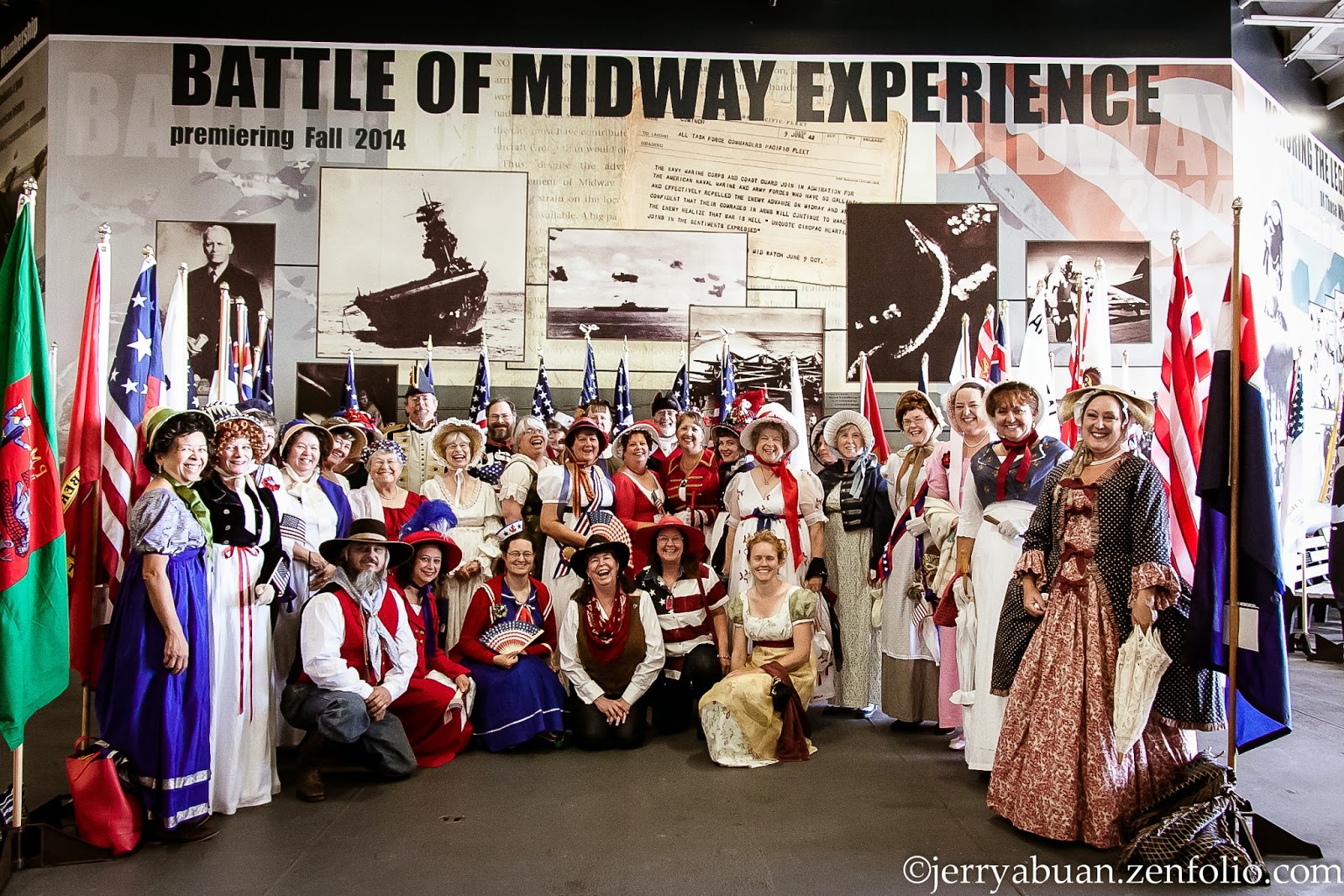 Then the program began by the Mountain Fife and Drum Corp gathering there to play old battle and dance music, and we formed a line along the sides of them. When they concluded, they marched, still playing, down the deck and up the stairs to the upper hanger deck with our group parading behind them. I’d love to have seen a full view of the whole procession because it must have been impressive! As we were walking up the stairs with the drums playing ahead of us, it sent chills down my back. Kinda of felt like going into battle. 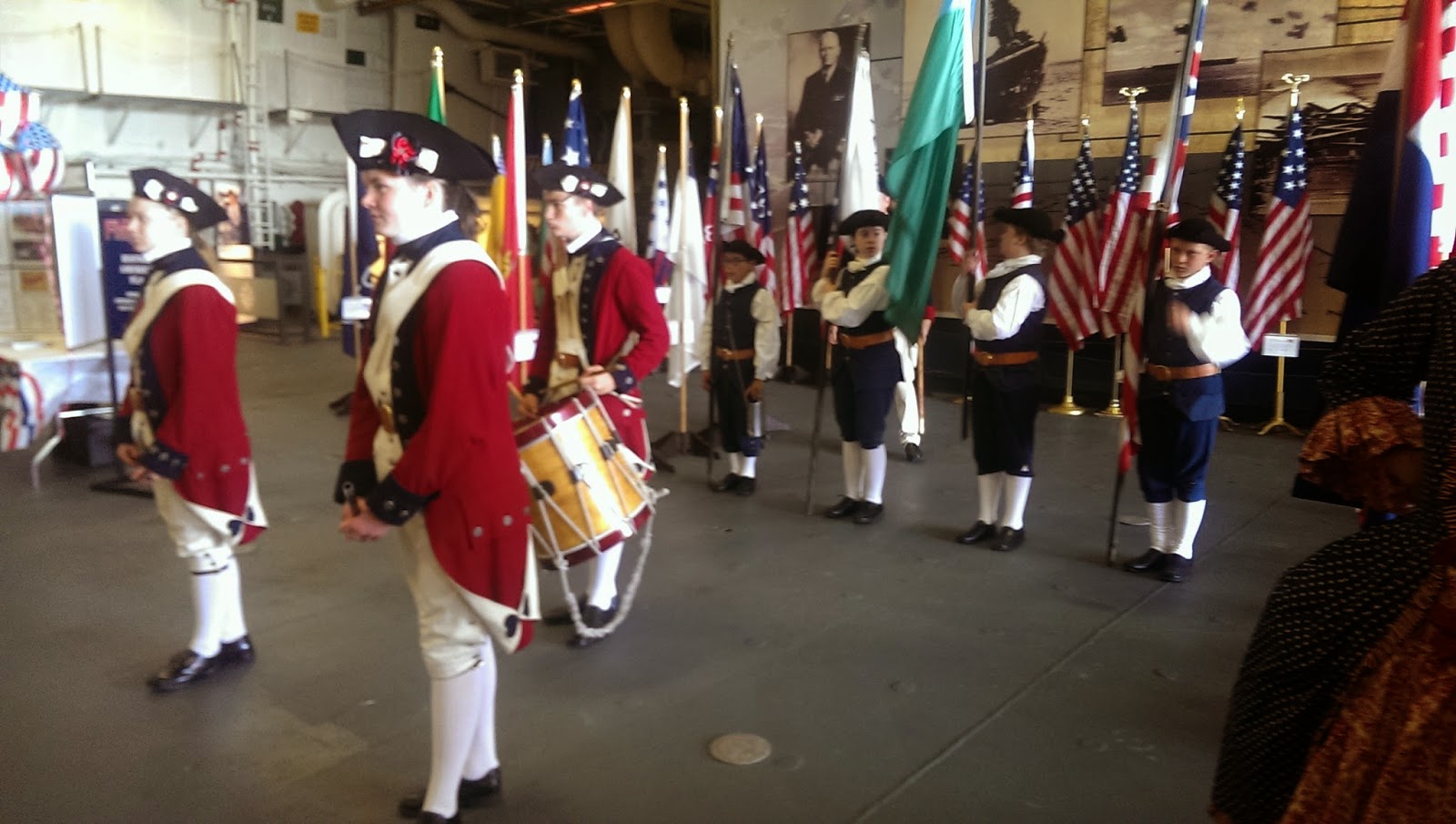 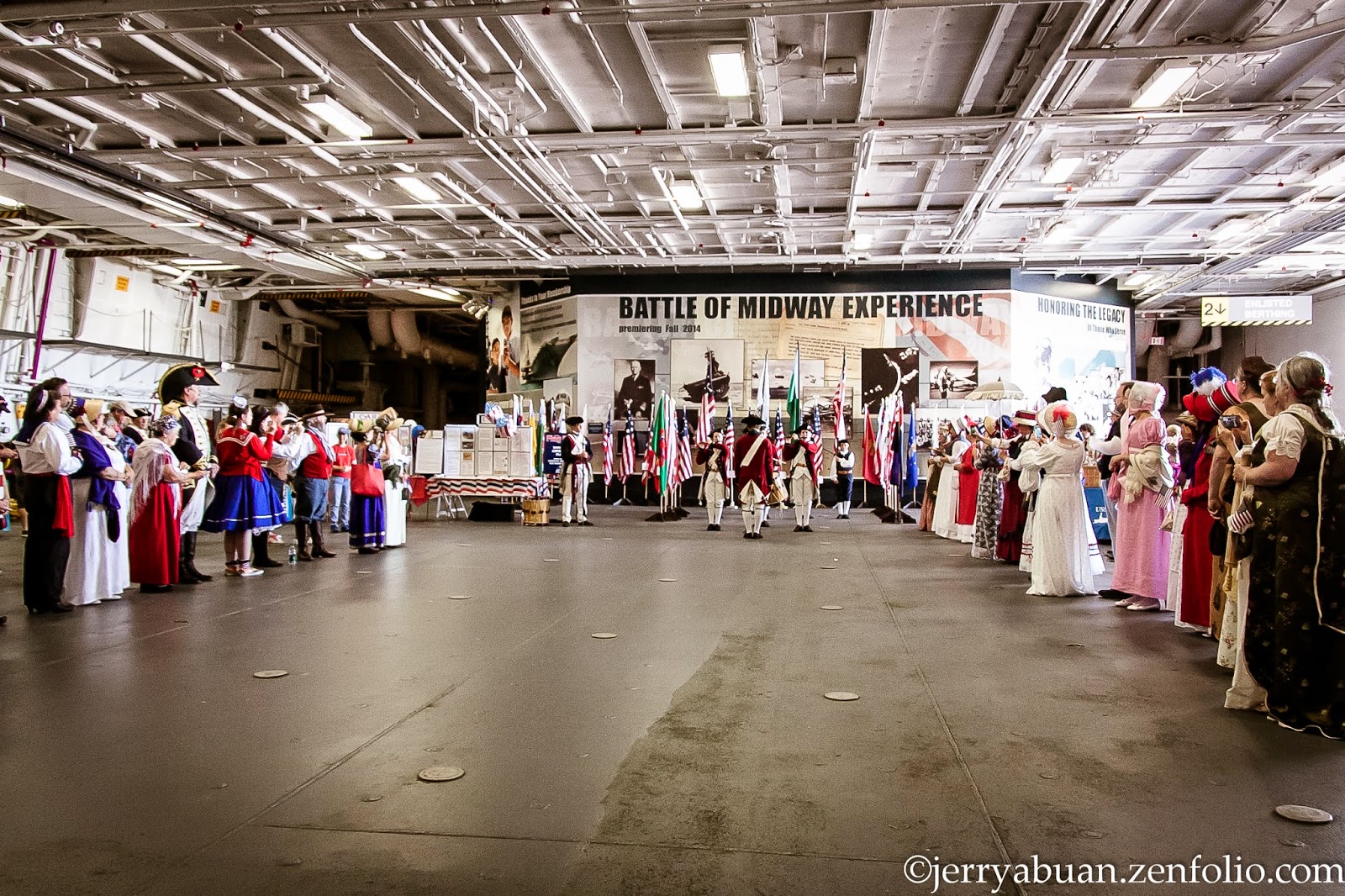 Outside on the hanger deck, the band continued playing, there was cannon fire, and muskets shot off during the ceremonies and presentations, which included presenting the Midway with a reproduction of the original flag flown on the USS Constitution and raising it up on the yardarm. 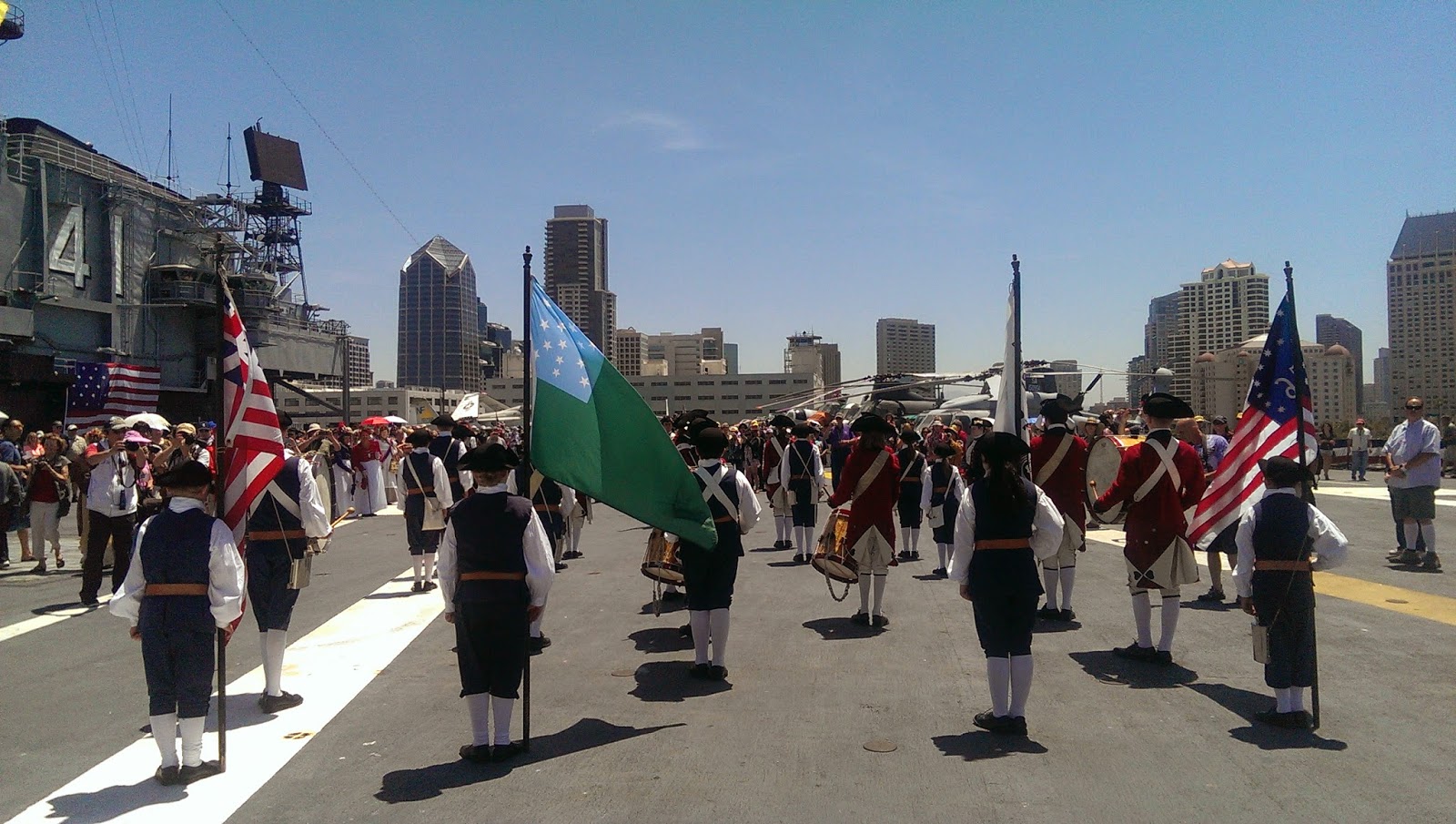 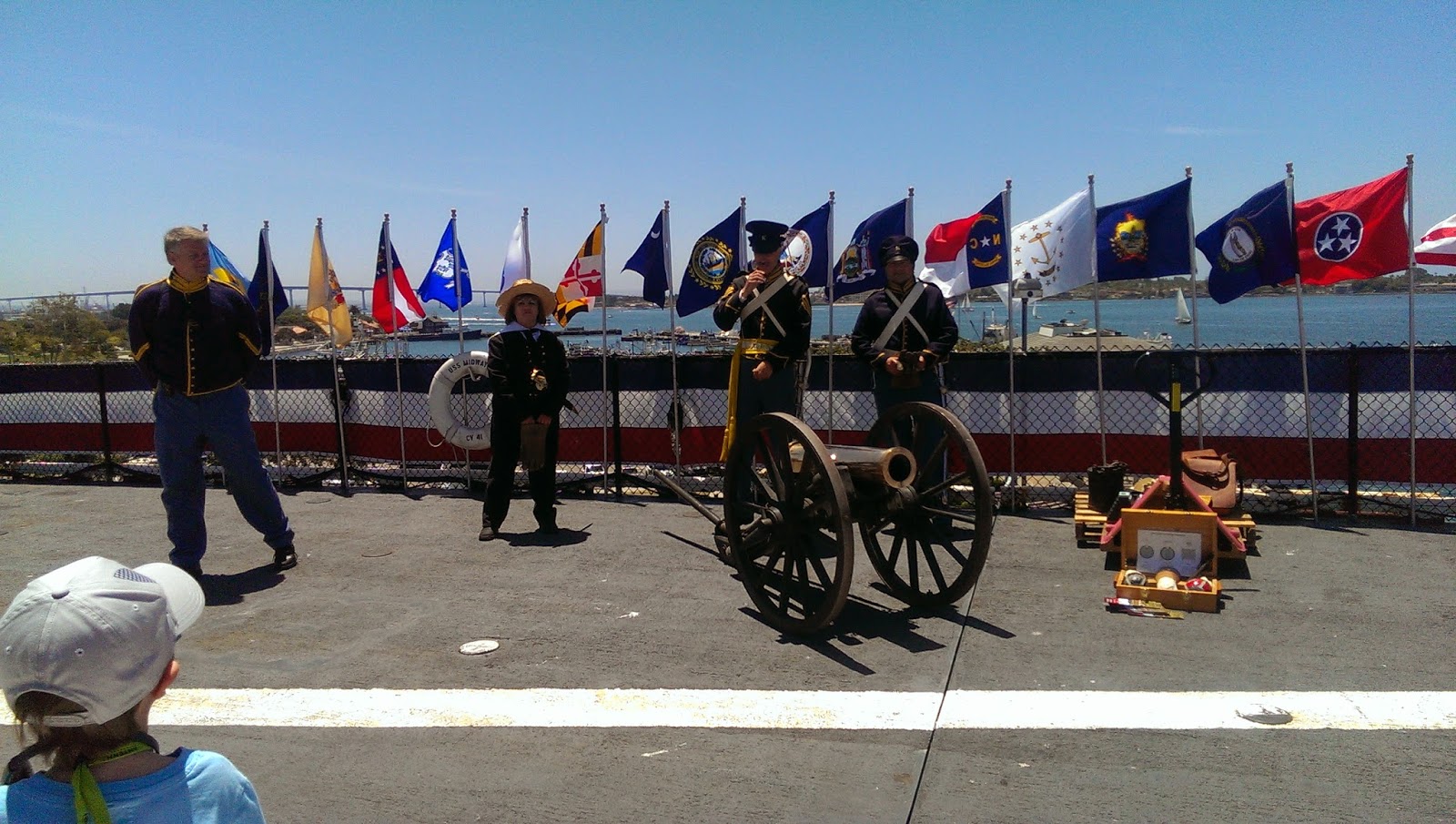 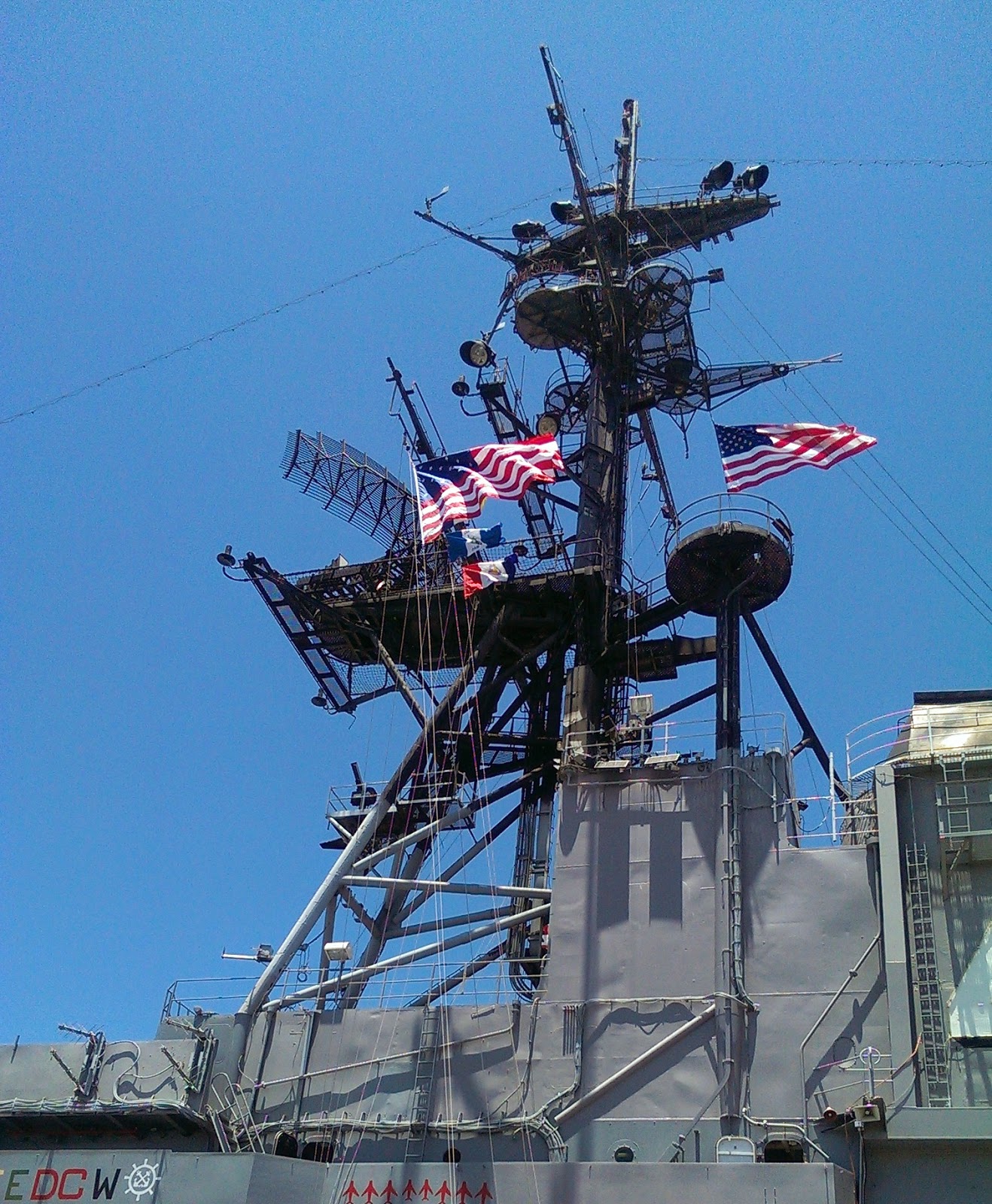 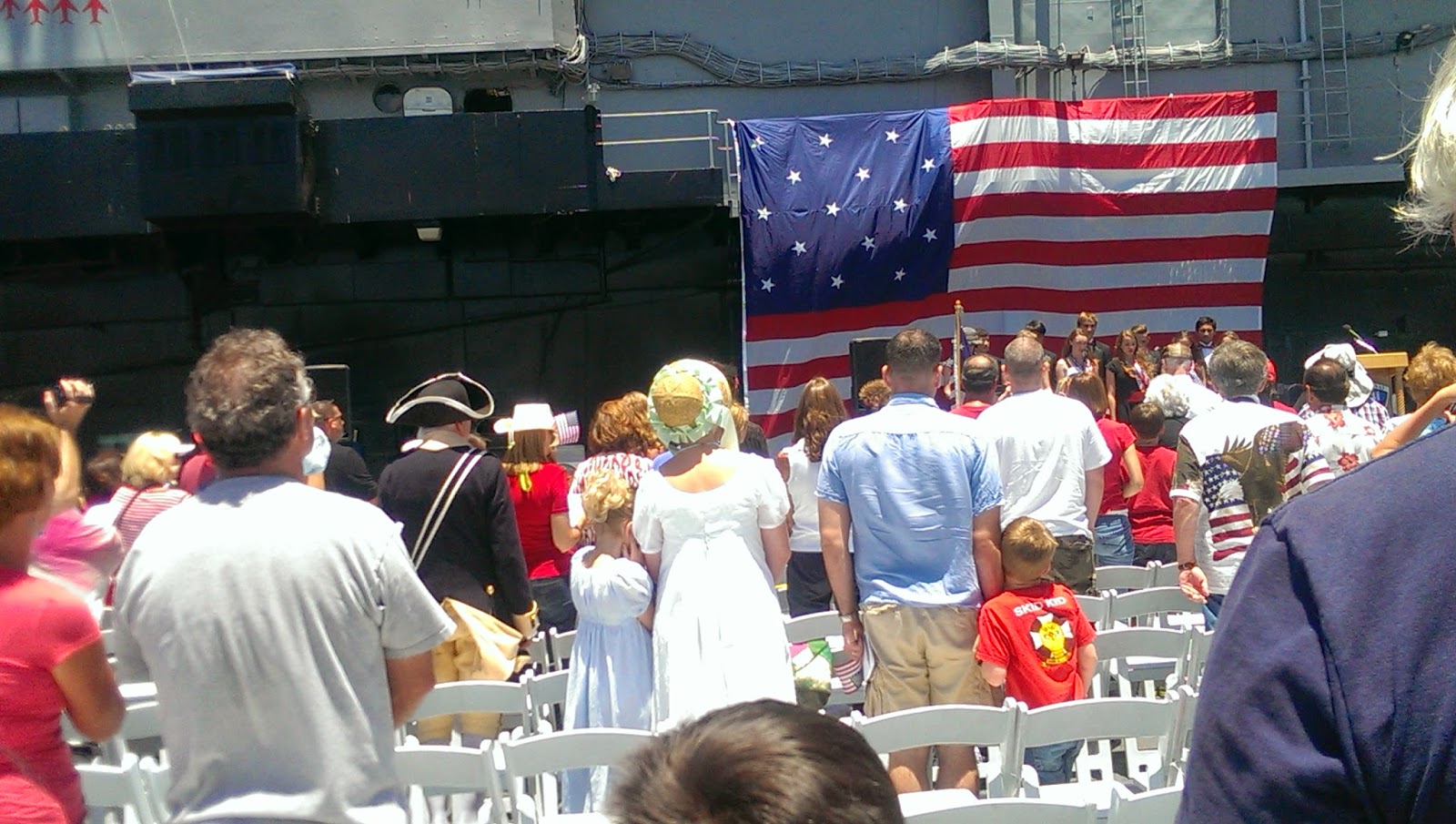 And there were fly-overs by Navy planes. 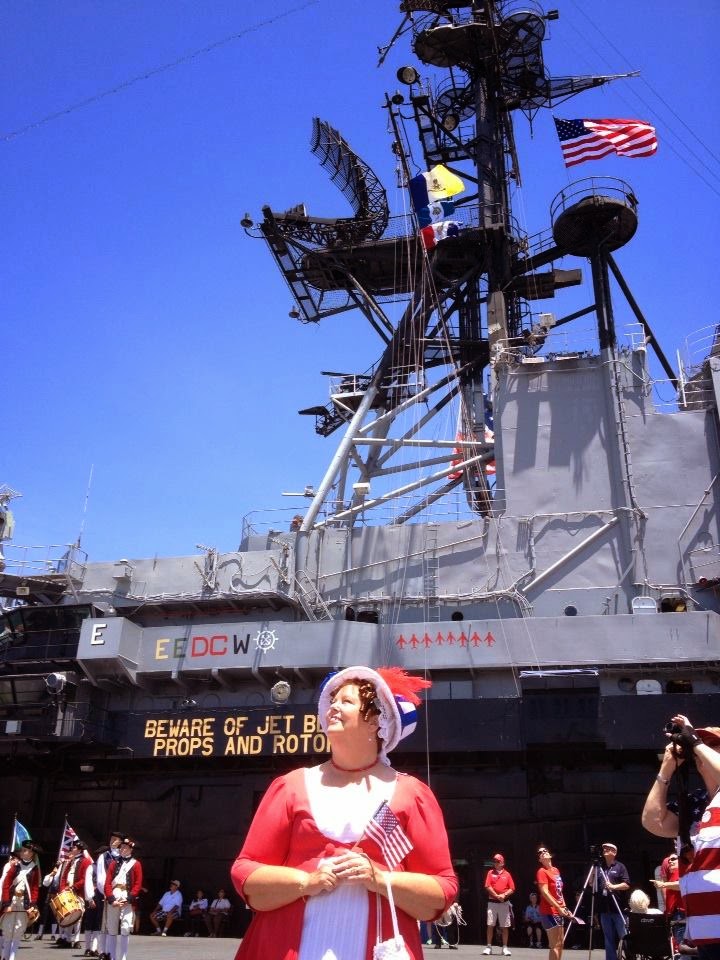 At the stern of the ship, there was a bench that some of the ladies took a break on, and it became a photo-op for the public. We had many photos taken here by the visitors to the museum. 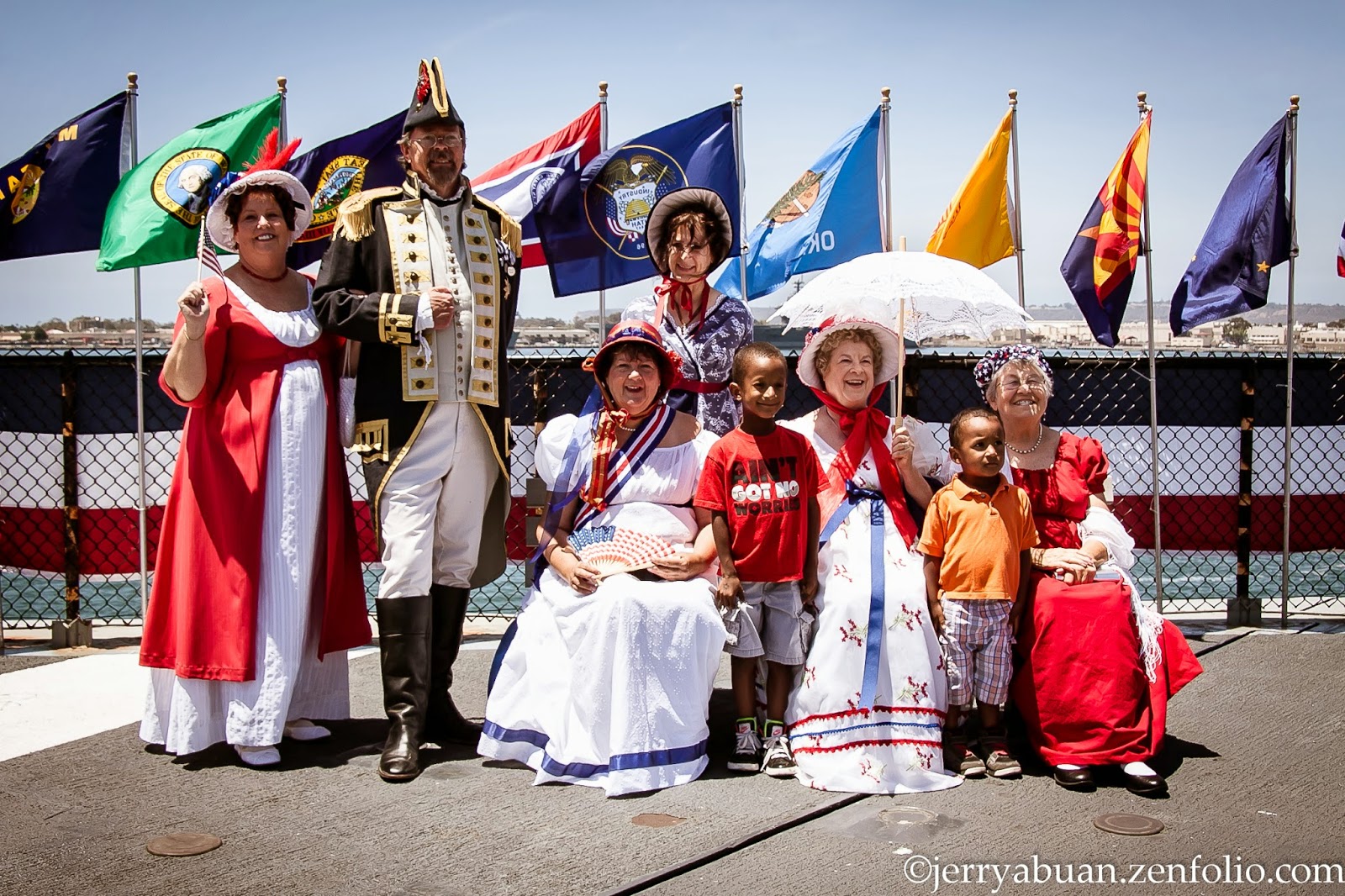 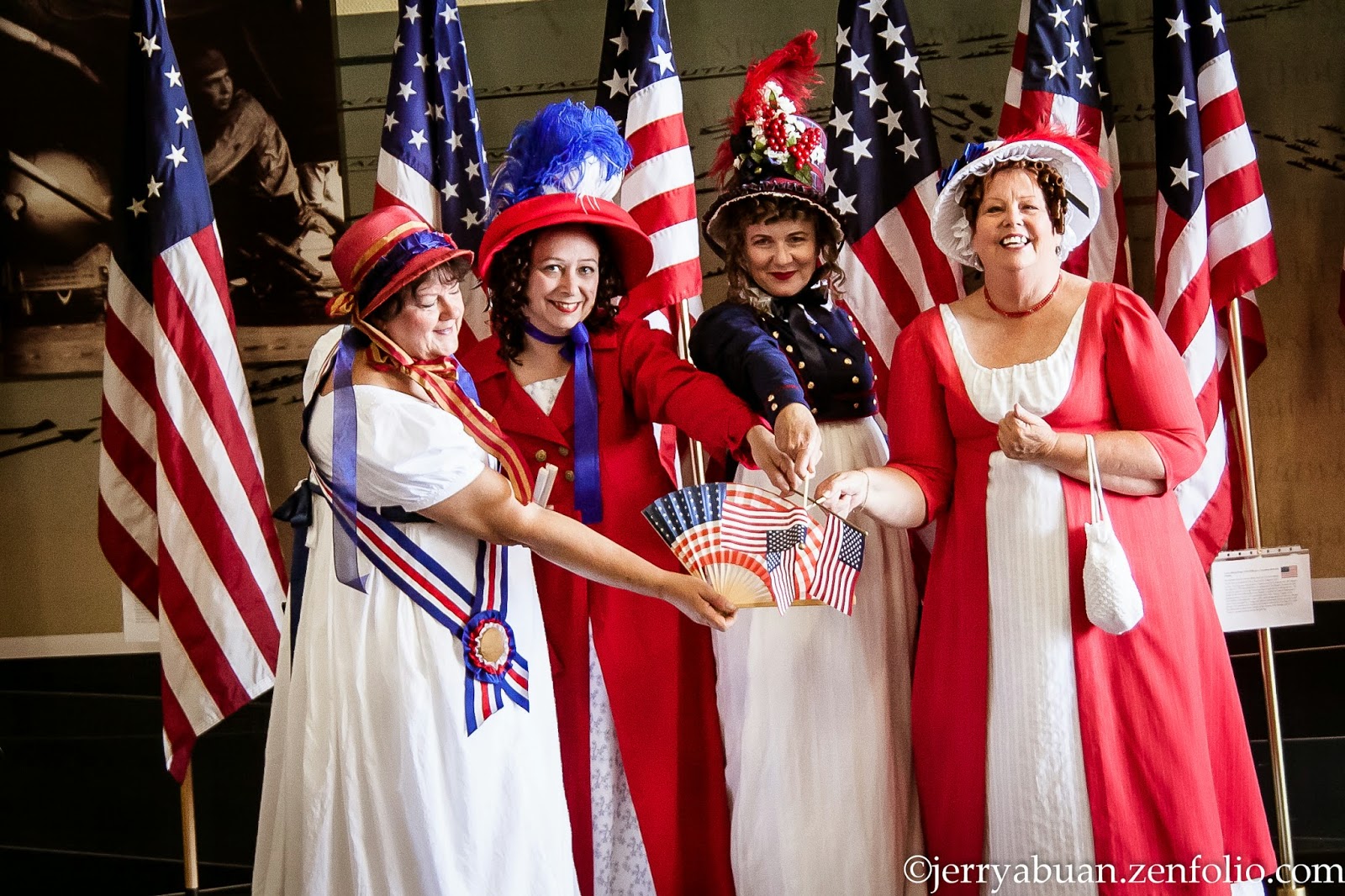 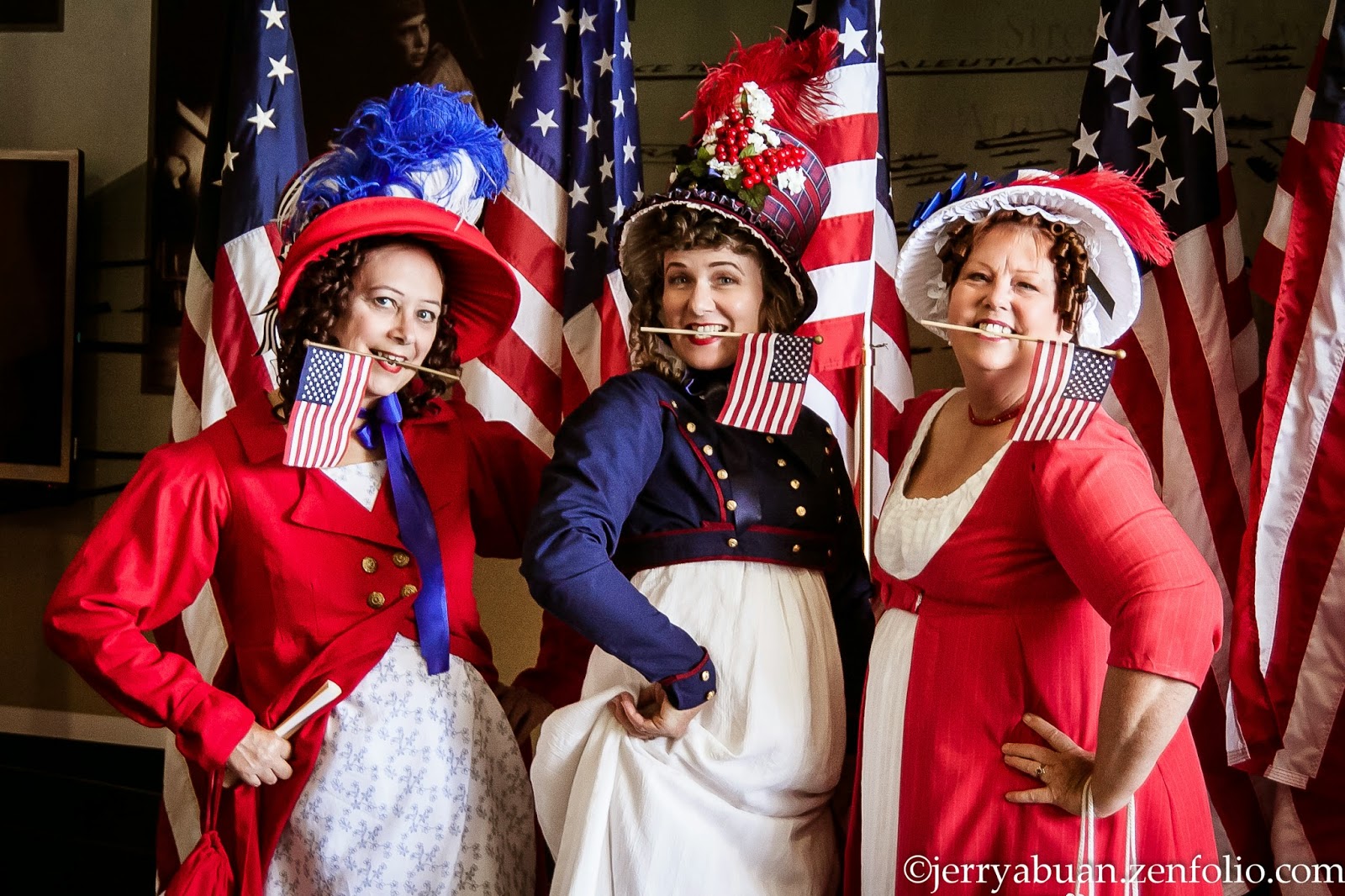 I wore a previous costume for this, a white sheer cotton voile using LaMode Bagatelle’s pattern. 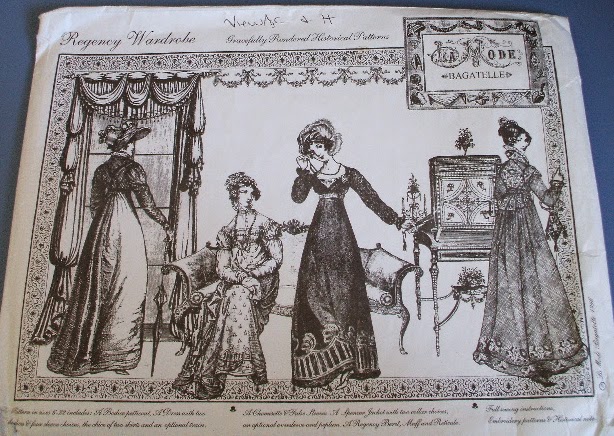 My bodiced petticoat was made using their pattern, and then I made the dress with the same pattern having a drawstring neckline and waist but raised the neckline an inch. My open robe was a Frankenpattern using Butterick 4890. I had extended the front and elongated it under the bust to become a belt. Then I added elbow length sleeves and shortened the skirt. 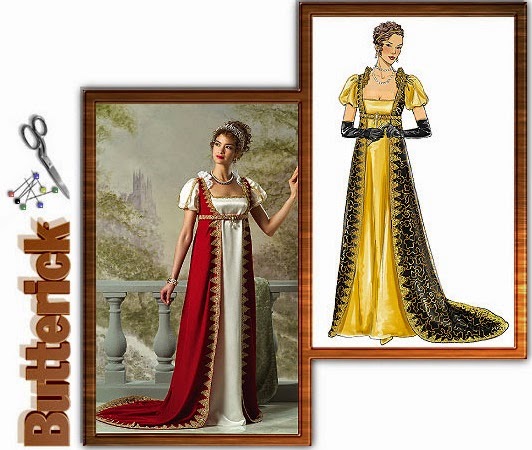 IT WAS A DAY OF EPIC HATS!
All I had to do this time for my costume was have a new bonnet. The base was made by Cat.

Minerva Manx etsy  and I finished up the trim. I had made mine rather simple but after seeing the other ones that Cat trimmed, I’m thinking it may get more if I wear it again. We talked a bit about maybe having an Empire/Directoire-era tea so we could dress up again. 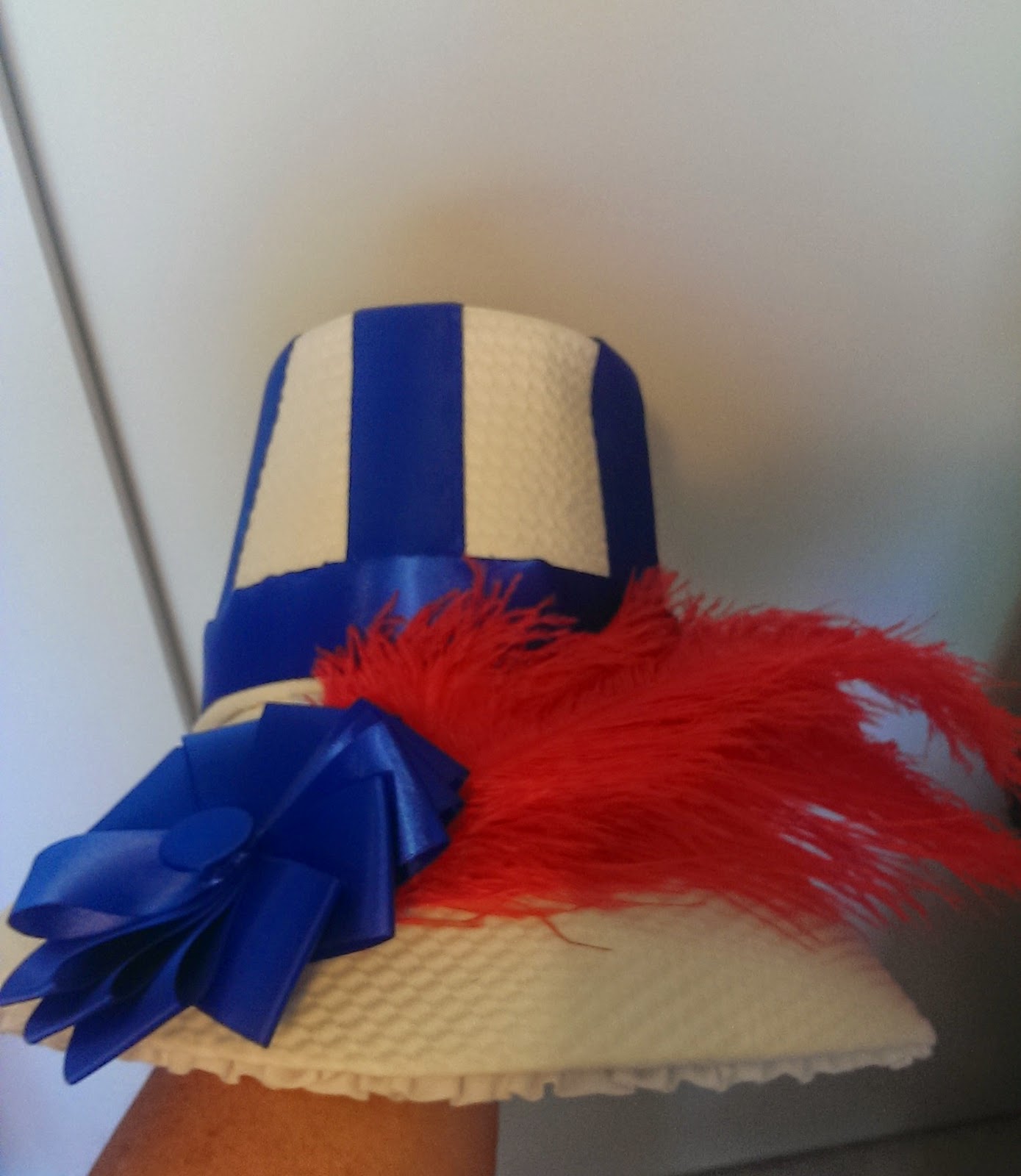 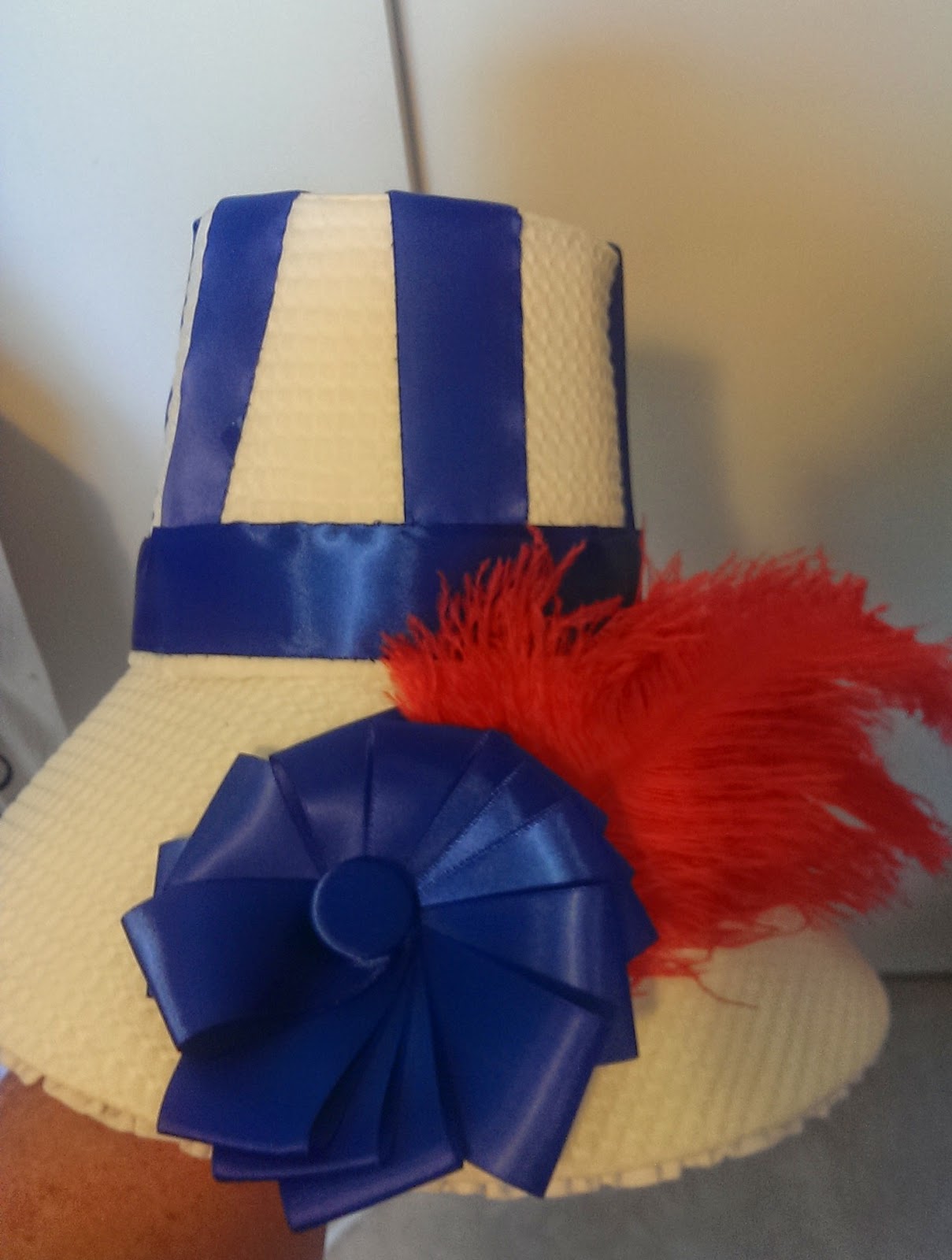 These are a couple others that she did for herself and Birda. 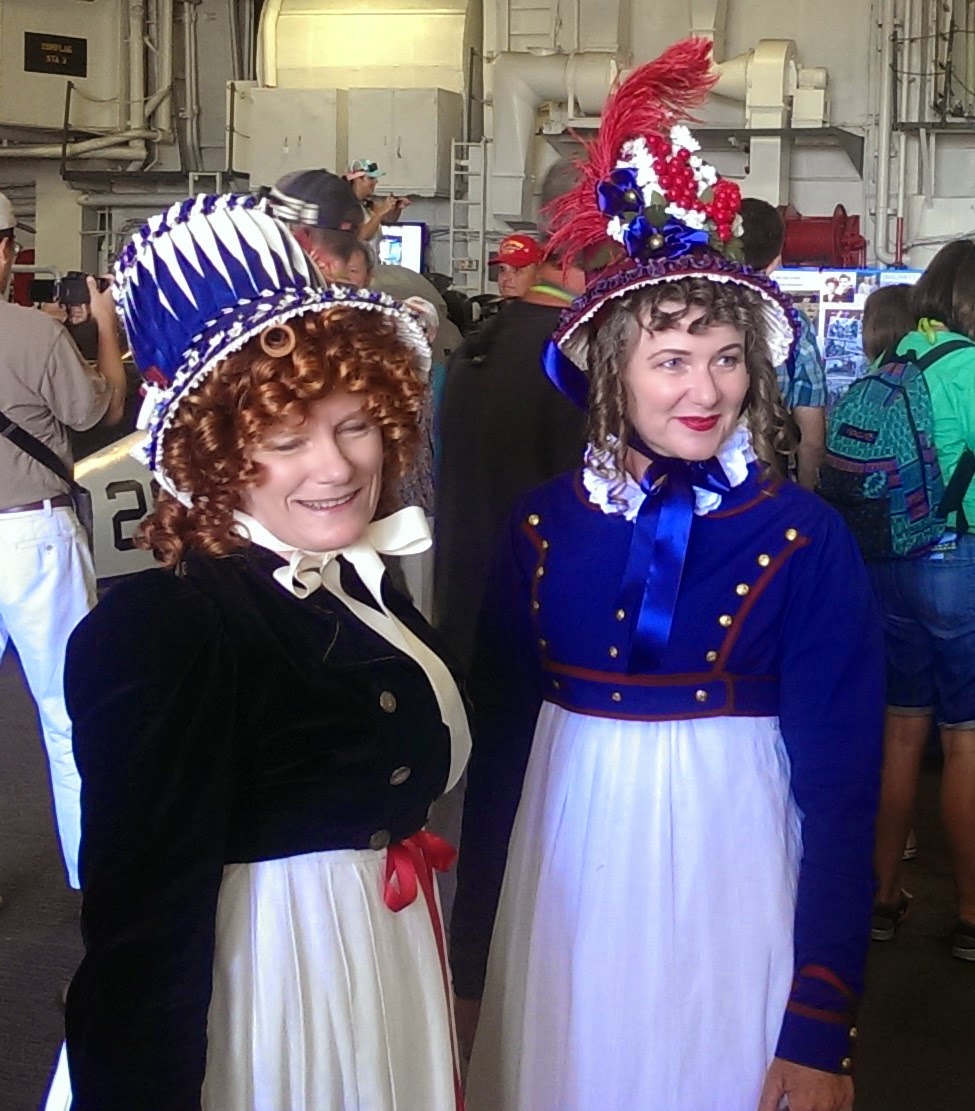 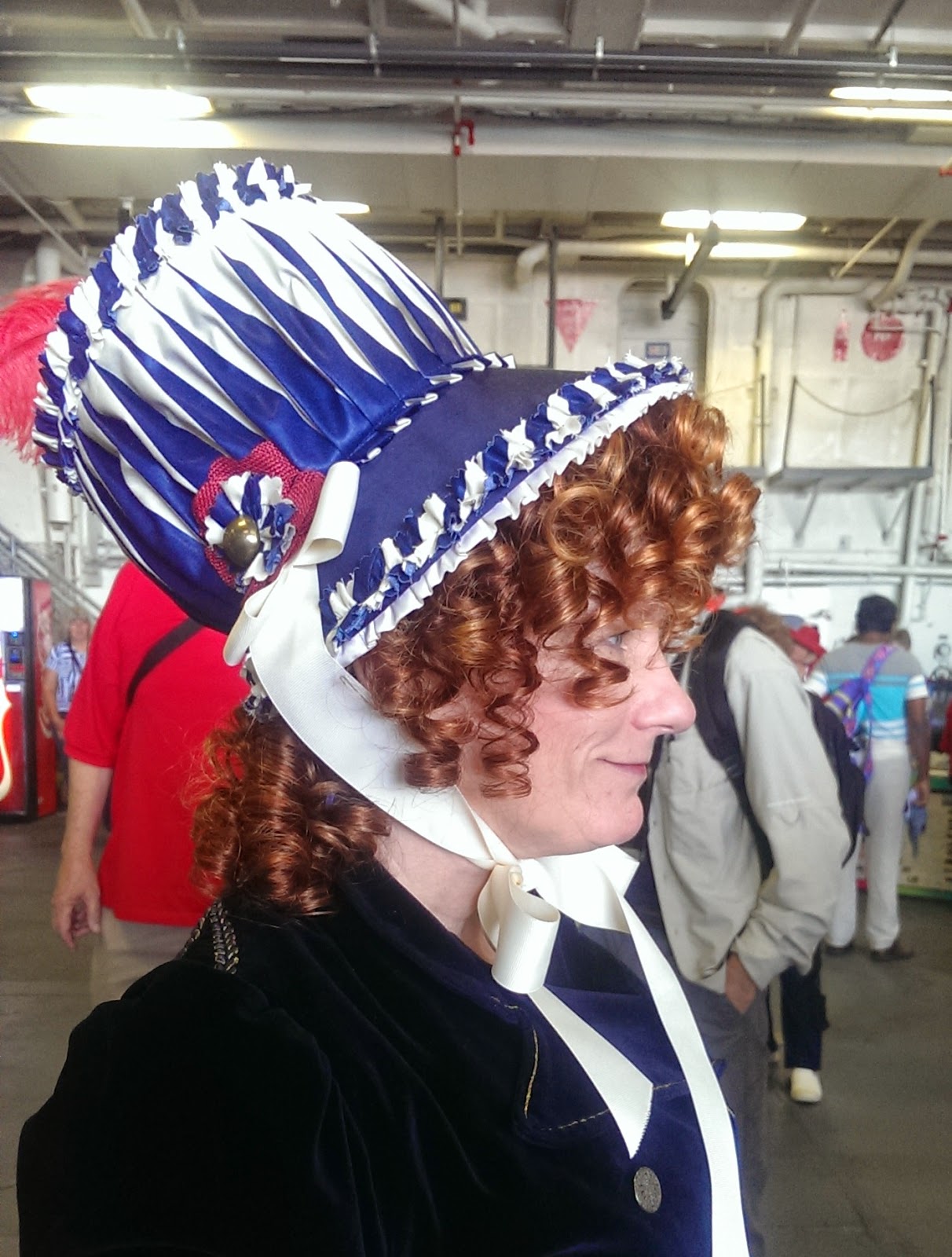 These two were made by April for her and Cindy. 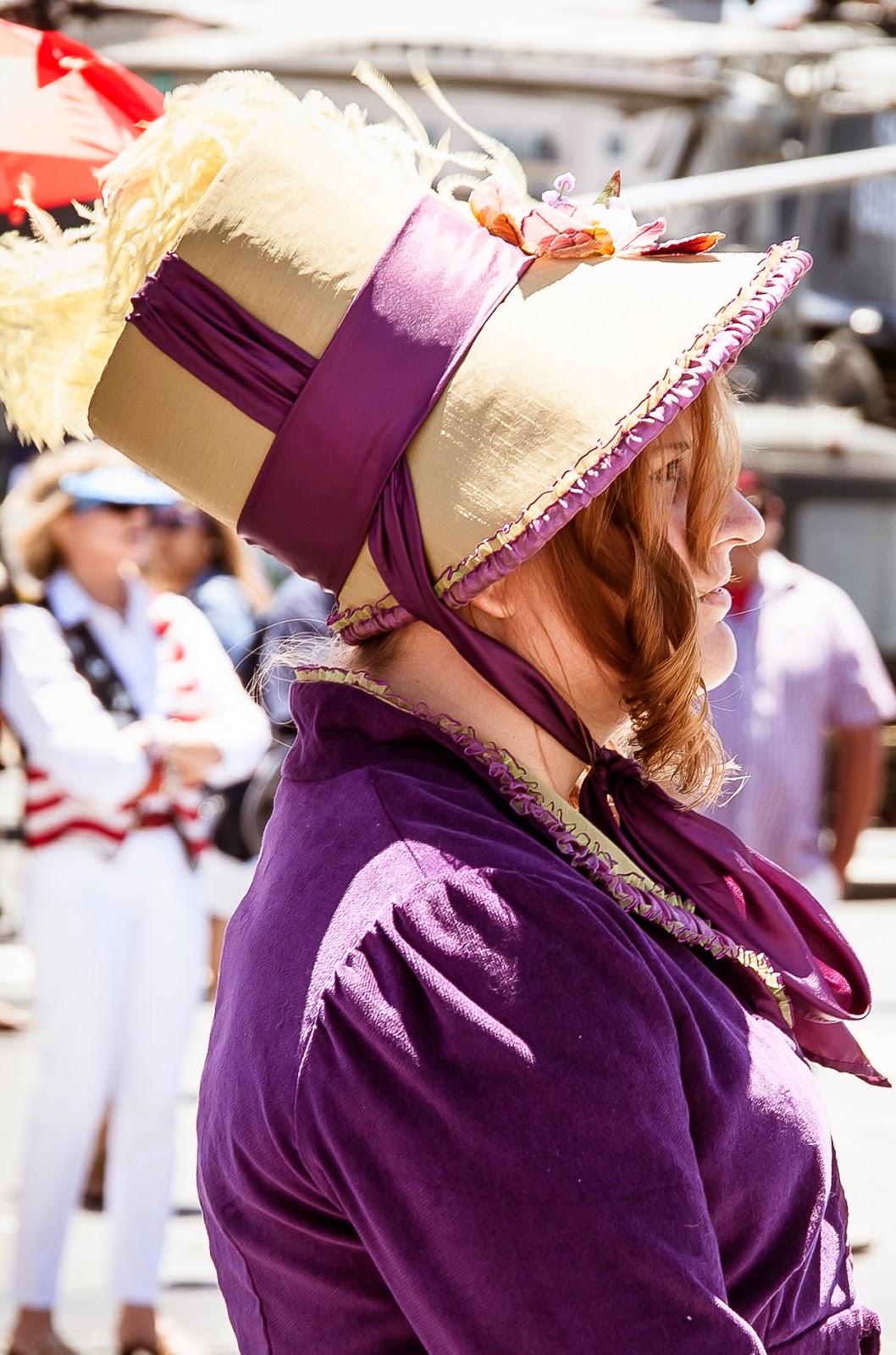 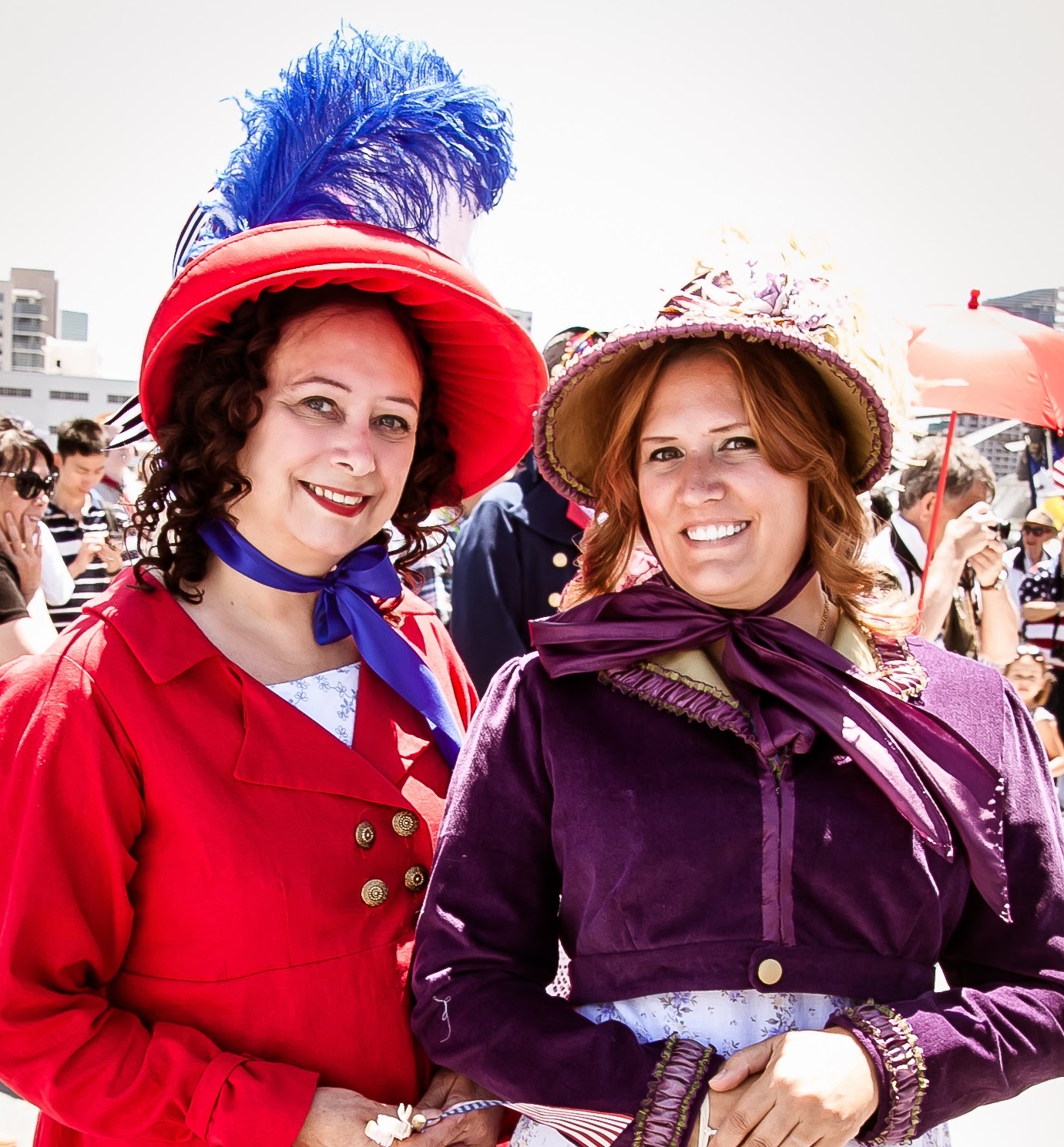 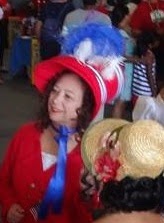 And so many other pretty hats and dresses, and uniforms. 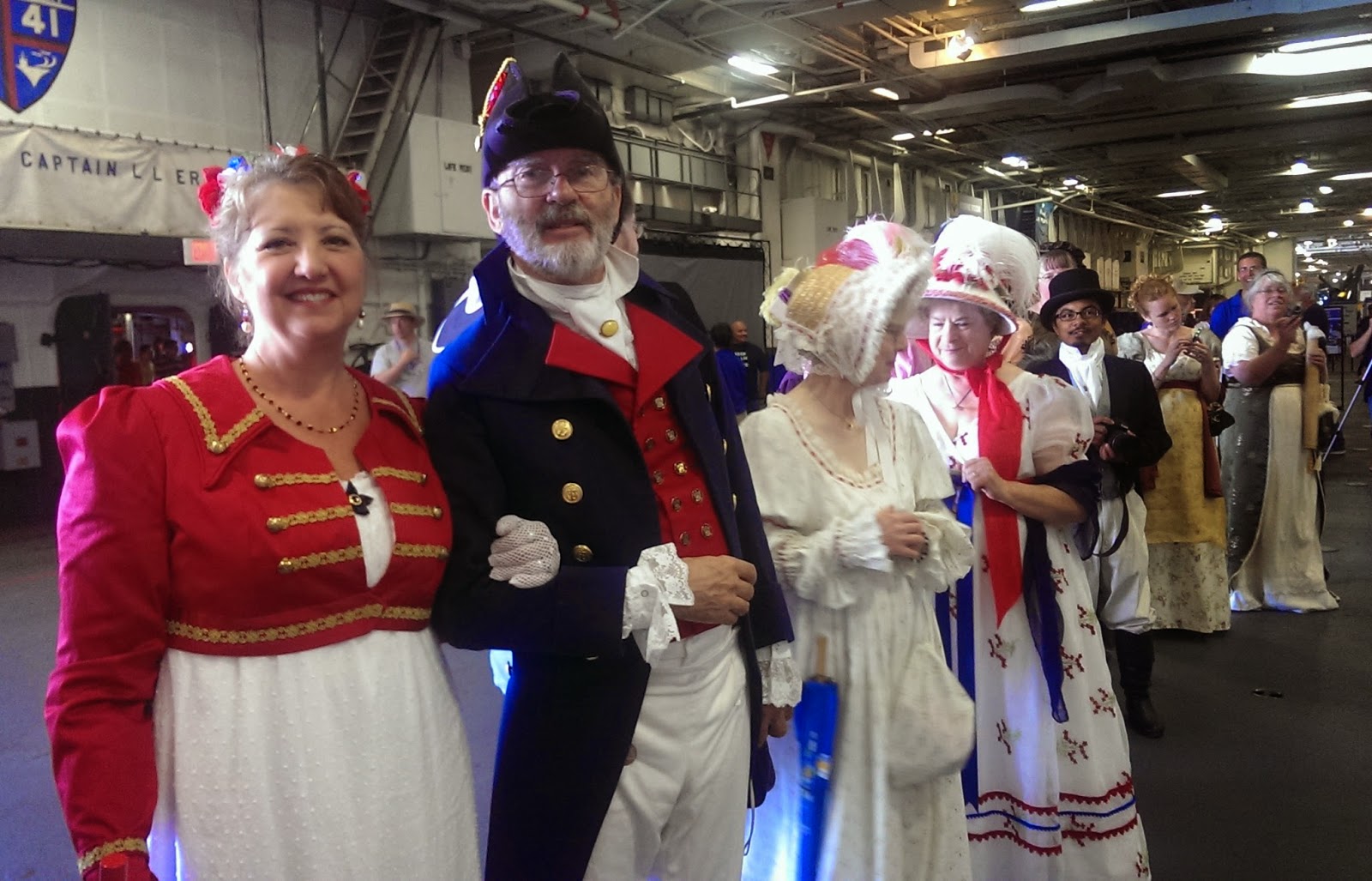 My thanks to Jerry Abuan for again taking some beautiful photos of us. To see all his photos of everyone and the event, go to his website here.   http://jerryabuan.zenfolio.com/p193003352

**THANK YOU ALL FOR YOUR KIND WISHES AND PRAYERS FOR CHLOE. SHE'S FEELING A BIT BETTER BUT STILL CAN'T WALK UPSTAIRS TO JOIN ME IN MY SEWING.**
Posted by Time Traveling in Costume at 4:49 PM