After buying my 7 yards of white 100% cotton at JoAnn’s with a 50% off coupon I swore I would work on my Edwardian petticoat until it was done. I can’t say I’ve had blinders on because my Autumn Bustle is visible in my peripheral vision, and I’ve been collecting some ideas for it. I think by later today I can put what I already had started of it on my dressform and start playing with it; finally.


I bought way too much cotton. I bought the wider 108” cotton this time instead of the 36” wide which shrunk to 33”. The pattern called for 7 yards of 45” wide, which after shrinking may not have been enough. What I bought apparently is the really wide stuff for backing quilts, and I only used about 2 1/2 yds of it. So now I have lots more for, what? more chemises? 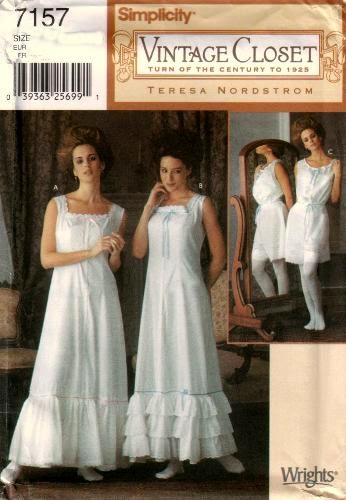 As of today I’ve spent 3 days working on my petticoat. Why so long? I’m flat-felling all the seam allowances and this thing is loooooong. I’ve been sitting and pinning them while watching hours of recorded programs that had backed up. Then I’m turning over the edges of the neckline and armholes to finish them instead of using bias tape, and then doing the same for the hem. I sewed a very simple embroidered lace on the neckline but because of the curve of it, the lace wants to turn up on the sides. Oh well, it’s going to be under my dresses.
I made the largest size on the pattern, size 20. According to the pattern, that would be about 2 inches too narrow for my waist and hip measurements. But I remembered a couple people said it ran large on them. Simplicity has you do 5/8” seams. I now follow the 1/2” theory and it fit me fine, except in the bust area. I’m a little more deficit in that size range. But I sewed up all the seams and when it came time to do the front closure it all lined up nicely and I just folded the excess of the bust part back on an angle a bit and removed that excess fabric, and then folded the edges under about one inch. So now I have a nice straight line down the front. 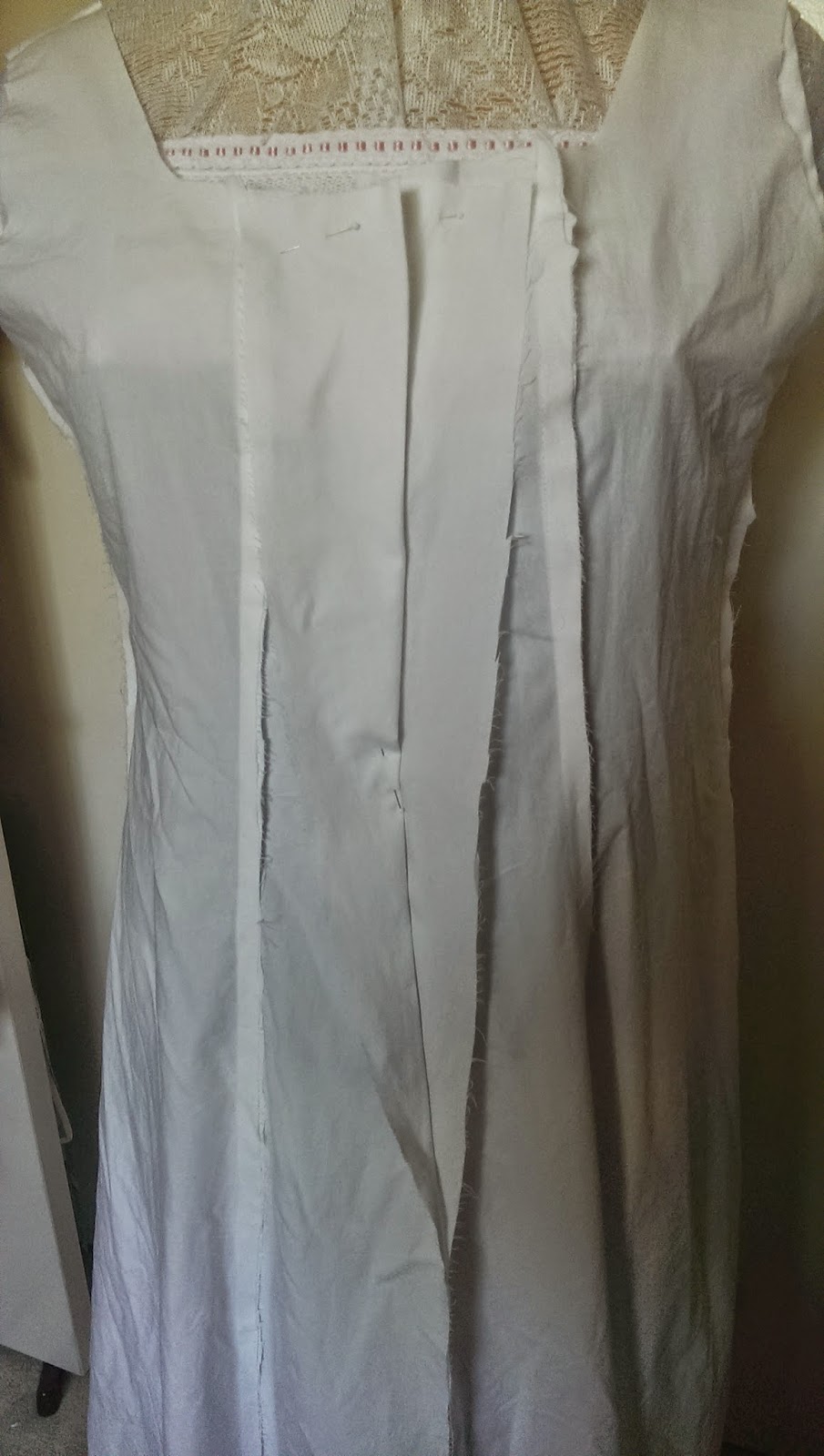 I put in nine tiny Mother of Pearl buttons from my Aunt Doris’ sewing collection, and then sewed it closed the rest of the way down to the bottom. Other than the ruffles at the bottom, it’s done.

After tearing 6 lengths of obscenely long strips to make 2 or 3 rows of ruffles, and turning under the edges on the first tier layer that will go on it, I’ve had to cave in and leave it for evening handwork while watching more TV. It will get done. But Autumn is calling. I spent 4 months working on all black, and now all this white. I need some gorgeous Fall color. 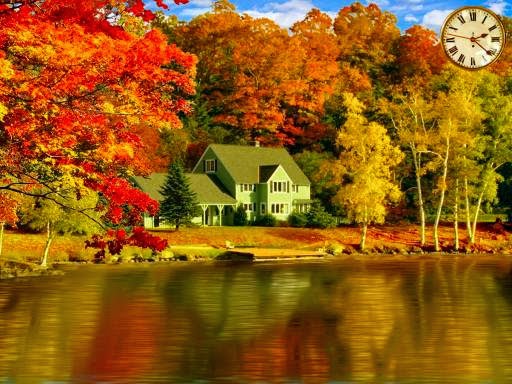 Ahh! Doesn't that feel refreshing?
And here’s a sneak peek at what I’m working on now. 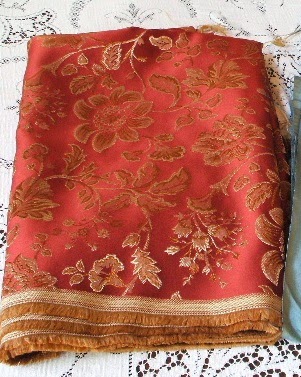 Posted by Time Traveling in Costume at 10:51 AM